The issue of climate loss and damage was center stage at the recent  UN climate Conference of the Parties (COP) 27.  Since the idea surfaced several decades ago that seems fair.  Yet getting a handle on what people mean by “loss and damage” in the context of climate change remains elusive.  There is no definition of the term provided in the UN IPCC process.

In general it refers to appeals by developing countries for the creation of a fund to compensate the most vulnerable nations for losses and damages associated with climate disasters.  It is understood that the fund would be paid for by the developed countries.  The rationale is that the poorer, developing countries suffer the most from the consequences of climate change, and they have contributed the least GHG emissions.  In contrast the developed, richer countries emitted the great bulk of the greenhouse gases that are responsible for these consequences, and their economies profited through the reliance on cheap fossil fuels for energy supplies.

A more direct, even blunt description of loss and damage is: “Finding a way to force high-income countries to produce some cash to help vulnerable countries manage the impacts of climate change…”  See Cuff.

Climate loss and damage has been called an important step towards justice, a moral imperative to act, a much-needed political signal, a political act.  But it has to function as a legally binding rule or regulation if it is to provide actual relief from climate breakdown. 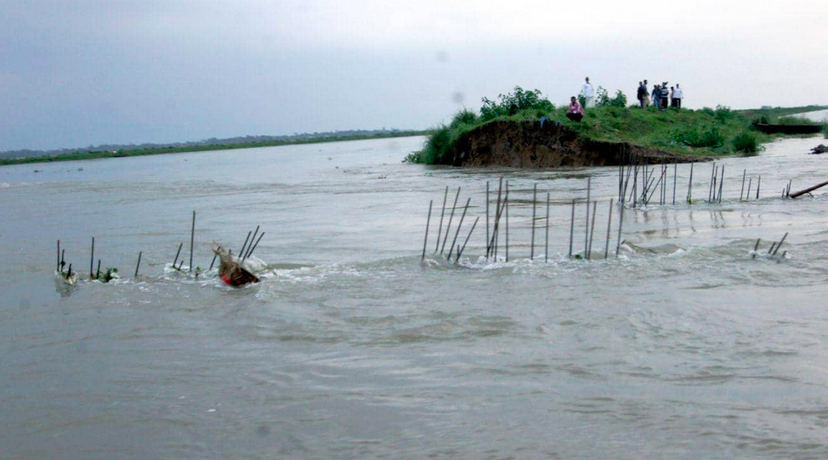 And there are challenging issues facing implementation of any loss and damage financing mechanism:

How much greenhouse gas has been emitted to the atmosphere so far?  Which countries released the most GHGs in the environment, over what periods, and which GHGs?

Which countries have suffered the most from climate change, over what periods?  What about future losses?  The fast developing science of climate attribution is turning out to be most helpful here, as solid science can now provide data showing how much climate change contributes to specific extreme weather events.

What are the actual losses and damages in question, and how do we measure them?  This issue presents perhaps the greatest challenge.

We can anticipate that the vested fossil fuel interests and responsible nations will attack any attempt to measure climate loss and damage, just as they continue to fight against eliminating fossil fuels.  They will claim that the issue is unproven by science, there is too much uncertainty, it will cost too much. That we cannot measure the impact of sea-level rise or loss of small islands.

We need to prepare for these attacks on valuation methods.  One productive source of support can be found in the US in the field of Natural Resource Damages under the federal Comprehensive Environmental Response, Compensation, and Liability Act (CERCLA or Superfund) and federal Oil Pollution Act (OPA).

“CERCLA provides a comprehensive group of authorities focused on one main goal: to address any release, or threatened release, of hazardous substances, pollutants, or contaminants that could endanger human health and/or the environment. CERCLA’s response provisions focus on the protection of human health and the environment. The statute also provides authority for assessment and restoration of natural resources that have been injured by a hazardous substance release or response.

OPA was enacted in reaction to the Exxon Valdez oil spill and provides authority for oil pollution liability and compensation as well as for the Federal government to direct and manage oil spill cleanups. Similar to CERCLA, OPA contains authorities to allow the assessment and restoration of natural resources that have been contaminated by the discharge, or threatened discharge, of oil.”

There is an established body of academic and scientific research addressing the assessment of Natural Resource Damages (NRD), and there have been substantial settlements of such claims in litigation.

One method often used to quantitatively measure NRDs is contingent evaluation.  The method relies on hypothetical questions posed by surveys to ascertain how much respondents would be willing to pay to preserve the natural resources or to reduce the amount of injury to resources caused by the release or discharge.  See Contingent Valuation Method, below.

Here’s a brief look at one example that focused on recreational loss of a natural resource.  A state government filed a claim under CERCLA against a chemical corporation for releases of hazardous substances into the environment from its plant.  Part of the claim was for NRDs associated with the release.  The NRD claim was based on the discharge of a specific toxic chemical that migrated to one of the Great Lakes and polluted the Lake to the extent that state fish advisories were issued limiting fishing in the Lake.  The chemical company was the only company that manufactured the toxic chemical in the relevant area so its liability was clear and the only issue was the value of the NRD loss.

The government and company agreed to enter into negotiations on assessing the NRD.  The government developed a contingent valuation based on extensive research and surveys on how the public valued the loss of fishing services in the Lake.  The surveys provided data on how much the pubic had spent on fishing trips and how much less they would spend on visiting the area with the restricted fishing rights.  There were of course extensive differences and assumptions made in the surveys and affected population and other matters.  A settlement was finally reached and the company paid $12 million in NRDs, the highest such settlement in the state.   See Contingent Valuation Method, below for more examples of NRD claims.

We can expect entrenched, extensive lobbying and unlimited funds to attack losses associated with climate impacts, including such phenomenon as sea level rise and the destruction of small islands.  These attacks can be offensive.

When confronted with the threat that small island nations might be wiped out by sea rise, one George W. H. Bush administration supporter glibly suggested, “What’s wrong with a bit of sea level rise? It is merely changing land use–where there were cows there will be fish.”   Those whose lives and cultures will be destroyed by even a slight rise in sea level will think otherwise.  Note 1.

While there are challenges in assessing climate loss and damage, there are also established models for such assessments.

“Loss and damage: A moral imperative to act”  An interview with Dr. Adelle Thomas, a lead author of the IPCC’s 2022 report on Impacts, Adaptation and Vulnerability, and the Special Report on 1.5°C.  UN Climate Action bit.ly/3XrOFL4

Madeleine Cuff, “ What is ‘loss and damage’ and how is it informed by climate science?  Advances in attribution science mean we can pin the blame for extreme weather on polluting nations, making the argument for climate reparations impossible to ignore New Scientist (14 Nov 2022). bit.ly/3i9hFqK