The term refers to a form of fishing that relies on dragging a weighted trawl, or large conical net, along the sea bottom in gathering fish or other marine life.  Typically, trawling targets bottom-living or groundfish species such as cod, squid, shrimp and rockfish.  Trawling catches more fish than any other method of fishing.

While certain fish remain the target for the trawling, other species, including turtles and invertebrates, are inadvertently caught and destroyed – the bycatches. It also destroys deep sea coral forests and does significant damage to the biodiversity of the sea bottom.  And dragging the trawls along the sea floor releases significant amounts of carbon dioxide that exacerbates climate change. 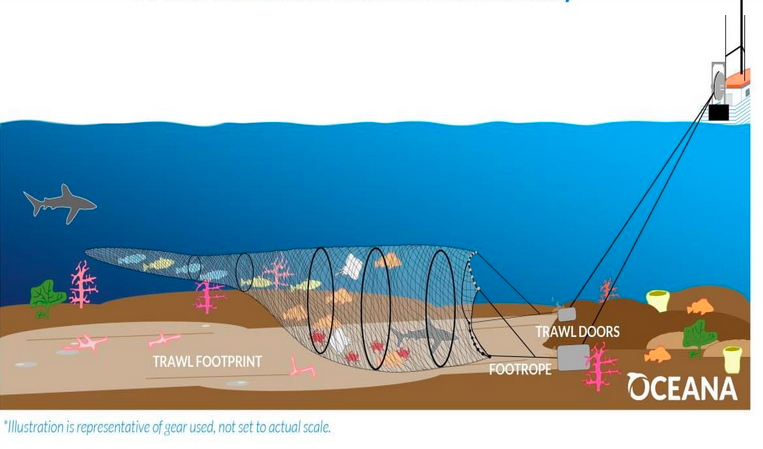 Despite the adverse impacts from bottom trawling, it is allowed even in some special protected areas (SPA) by some countries.

Some further ideas to explore on Bottom Trawling:

What are the alternatives to bottom trawling for fishing?

How does the cost of bottom trawling compare to these alternatives?

Identify the nearest special protected area (SPA) for seas in your area, and determine if bottom trawling is permitted in that area.