A broad and deep climate action plan that is not centered on carbon pricing?

Yep, it’s possible, and American enviros seem to think they have such a plan

David Roberts, one of the clearest thinkers and informed writers on environmental matters in the US, has detailed a “climate policy platform that can unite the left.”  The platform is not the product of a few policy wonks but the result of a wide swath of Democrats and those on the left who have gone a long way to align their thinking and policy planning.   Much of the impetus to this development comes from the critical 2020 anti-Trump election, and challenges and possibilities presented by the coronavirus crisis, where reimagining how we behave and relate is spreading.

One achievement of the long and crowded nomination process of the Democrats was that a lot of talent was devoted to developing serious and aggressive climate action plans.  Those plans were subjected to political and public assessment throughout the nomination process.  Recognising that the Republicans are useless, at best, has been rather liberating.  No sense wasting time on compromising to suit the useless; just bring along as much of the left and middle as possible.

Adding fuel to this political fire was the growing appreciation for the dire 2018 report of the IPCC that looked closely at the differences in impacts between a 1.5°C rise in global temperatures and a rise of 2.0°C.   Several conclusions from the IPCC report have been reverberating for two years:  we have about a decade to act or we may be facing catastrophic impacts, and to avoid the impacts the world must achieve net-zero carbon emissions by 2050.  That is, whatever we put into the atmosphere by 2050 must be met by an equivalent amount of reductions in emissions. “The IPCC concluded that to limit temperatures to 1.5°C would require the entire world to reach net-zero carbon emissions, emitting no more than it is absorbing, by midcentury.”

There are several shifts affected by the talks that have been going on within the labor and justice and environmental movements, and Roberts addresses them before delving into the details of the three components of the climate platform.

One of the key shifts involves carbon pricing.  As a result of the long and complicated dialogue about climate plans, there is a recognition that any such plan did not need to rest on the foundation of putting a price on carbon dioxide emissions, whether directly through a tax or “fee,” or indirectly through a cap-and-trade system.

In the US, as elsewhere, there is a recognition that any mechanism that smacks of a tax or direct economic burden is politically doomed, domestically and maybe internationally, especially in the post-cornavirus period.  Roberts argues that “Carbon pricing has been dethroned.”   “Carbon pricing — long treated as the sine qua non of serious climate policy — is no longer at the center of these discussions, or even particularly privileged in them.”   He suggest that raising carbon prices high enough to hit the 2050 target would be almost insuperable; cap and trade is still in the “reputational toilet;” and carbon taxes never saw the bipartisan support their backers always promised.

Roberts acknowledges that carbon pricing in climate policy may still have a space (he does say it has been “dethroned‘ not killed) but it will not be a central space.  Based on the experience of states that have actually passed legislation, climate policy will rest on something more pragmatic and targeted, something more like industrial policy. 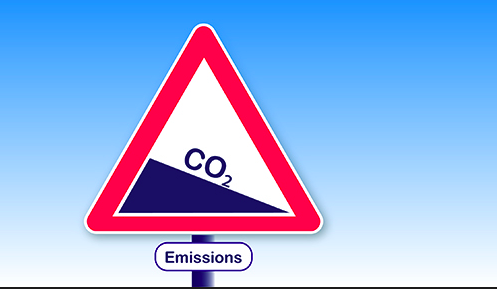 That policy is founded on three components:  rapid decarbonization through stringent sector-specific standards; large-scale public investments; and, a commitment to justice. Jason Walsh, executive director of the BlueGreen Alliance, a labor and environmental coalition, calls for “a policy agenda that frames climate action as industrial policy geared toward rebuilding America’s infrastructure and manufacturing base, with justice and equity baked in rather than an optional ingredient.”

The first component focuses on setting stringent standards for electricity, cars, and buildings, which together constitute 2/3 of US emissions.  The intent is to get rid of the carbon directly.

This standards-based approach is at the heart of the Green New Deal, which has been instrumental in the ongoing talks among the US enviros.  Roberts covers differences between various groups but they all acknowledge that clean energy policies have been the biggest success in various states.  As Roberts notes, “The details vary, but there is a strong common core: performance standards and incentives for the three biggest emitting sectors, aimed at making rapid, substantial progress on emissions in the next 10 years. The ultimate vision is a carbon-free electricity sector powering an electrified, emission-free vehicle fleet and building stock.”

The second component requires large-scale public investment.  Whatever happened to all the talk about investing in infrastructure?  Here the infrastructure is not the old fashioned “grey infrastructure” — roads, bridges, sewers — but a modern version that includes a national green bank, rural electrification, universal broadband, long-distance electricity transmission, and electric vehicle charging infrastructure.  The intent is to support green industries, manufacturing, and research, and, above all, to create jobs.

The critical role for jobs is centered on the third component: Justice, for unions, fossil fuel workers, and front-line vulnerable communities.  The participation of these groups in the climate talks early on is a real advancement.  And timely because if the hope is to expand the base for these plans beyond traditional environmental groups it must include communities of color and low income and workers.

Finally in his analysis, Roberts covers some issues that remain largely unsettled, including holding the fossil fuel companies accountable; supply-side efforts, like keep it in the ground; role of nuclear power; and, carbon capture and sequestration.

There do remain lots of issues and details that will demand clarification over this year, and that will no doubt create conflict.  But there are only five months before the 2020 get-rid-of-Trump election and if the Dems, the vulnerables, the left, the unions, the others can forge a policy platform that addresses climate breakdown in a meaningful and comprehensive way and tie in new infrastructure investment, and meaningful jobs, well that bodes well for that election of elections.

Previous articleHey, Let’s Get Together and Form a Government in Ireland Next articleIdling engines make the devil’s work