Extending the reach of environmental litigation

Coroners, deportation, and the Amazon

In the classic paradigm for environmental litigation that has been developing over the past several decades, the claim is that the government is not doing enough to protect its citizens from the clear and increasingly dangerous impacts from climate breakdown.  Well known examples include the Dutch case where the environmental group Urgenda, on behalf of 900 Dutch citizens, sued the Dutch government.  In 2019, the Dutch Supreme Court ordered the Netherlands to slash greenhouse gas emissions by at least 25 percent from 1990 levels by the end of 2020.

In Ireland, the Friends of the Irish Environment filed a lawsuit claiming that the government failed, as a matter of law, to fulfill its obligations to address actions necessary to mitigate climate breakdown in its National Mitigation Plan.  In July 2020, the Supreme Court ruled that the Plan was so vague as to be illegal.  The Court quashed the Plan and ordered that a new plan be drawn up by the new government.

These and a growing number of environmental law cases focus on climate change and most are filed by citizens, including children, young people, and indigenous communities.  The defendants are usually governments but also corporations.  A recent UN report (2020) indicates that the number of climate change litigation cases has surged in the last four years and now stands at 1,550 in 38 countries (39 including the courts of the European Union).  As of 1 July 2020, some 1,200 of these cases were filed in the United States, and 350 in all other countries combined.

Now we have three even more adventurous forays into how law can protect citizens from environmental impacts.

In the UK an inquest into the death of a 9-year old girl, Ella Kissi-Debrah, found that she had suffered from numerous seizures; was hospitalized over 30 times in three years; had been placed in a medically-induced coma for three days, to stabilize her condition; and, by 2012 had to be carried by piggyback to get around.  She died in 2013.  Her family lived 25 metres from the heavily-trafficked South Circular Road.

An initial inquest in 2014 found that she died from respiratory failure.  Her mother fought for a second inquest where expert evidence was presented about the prevalent, elevated and dangerous air pollution in her neighborhood, primarily from traffic.

In December 2020, the coroner in that second inquest held that Ella died from asthma, and that exposure to excessive air pollution had contributed to her death.   This was the first time in the UK where air pollution was listed as a cause of death.

It also can be noted that communities of color in many large urban areas disproportionately suffer from heavily polluted air and asthma. See Hernan, Stop Smoking Diesel Trucks, below. 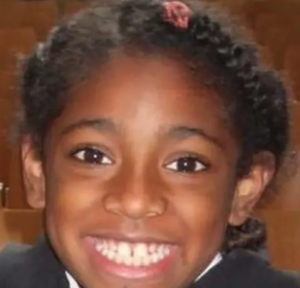 An Appeals Court in Bordeaux, France overturned an expulsion order against a 40-year old Bangladeshi man with asthma.  The man’s lawyer argued that he risked severe deterioration in his asthma, and possibly premature death, because of the dangerous levels of pollution in his homeland.  Bangladesh ranks 179th in the world for air quality and has concentrations of fine particles six times the World Health Organization’s standards.

The Appeals Court held that the man could not be extradited from France because he would face “a worsening of his respiratory pathology due to air pollution” in his country of origin.

It is suggested that this is the first time the environment was cited by a court in an extradition hearing.  The implications are significant in light of the fact that environmental degradation, including climate breakdown, is expected to lead to mass migration in the future, with possibly millions of environmental refugees.

On a different note, with an international dimension, indigenous leaders in Brazil and human rights groups have petitioned the International Criminal Court (ICC) in The Hague, Netherlands, to investigate the Brazilian president Jair Bolsonaro for crimes against humanity.  They claim that Bolsonaro has dismantled environmental policies and has violated the indigenous rights, which it is claimed constitute ecocide.

Since Bolsonaro became president deforestation has risen by 50% in two years, invasions of indigenous territories has increased 135% and at least eighteen people have been murdered in land conflicts just last year.

While the ICC has focused on cases of genocide and war crimes, in 2016 it decided to examine crimes in other areas, including environmental and cultural cases.  It remains to be seen if the ICC will exercise jurisdiction over the claims.

Previous articleWhat's New on the Energy Front? Next articleContinuing to extend the reach of environmental litigation