Continuing to extend the reach of environmental litigation

Last month we discussed how new litigation with coroners, deportation proceedings, and the Amazon has broadened the reach of environmental litigation.  In earlier issues we covered two critical, successful climate cases by the Friends of the Irish Environment and by Urgenda in the Dutch courts.

Here we add three more lawsuits in which ordinary citizens, often with the help of environmental organisations, overcome powerful vested interests to shape the protection of the environment.

In Manchester UK, a group of women sued the local council to block the building of a 440-space car park next to the city center’s only primary school.  As part of a large retail “park,” the City gave itself planning permission to build a car park that was to be temporary until the land could be developed for offices.

The women proposed instead that the space be used for a “people’s park“ as Manchester has very little open, green space.  They held protests, and sit-ins, filed petitions, to no avail.  So they brought an action for a judicial review against the council arguing that the fumes from the concentration of cars would put the kids at risk from air pollution.  The council was also charged with the hypocrisy of having declared a “climate emergency” and then proposed to build a polluting car park next to a school.

A High Court has recently ruled in favor of the community. The Council has indicated that it has appealed the decision.

The French government endorsed the Paris Accord on climate change, with its commitment to limit the rise in global average temperature to below 2°C, and, if possible, to below 1.5°C.  France also enacted a law with a commitment to achieve a net-zero carbon emissions by 2050.  This legal commitment included pledges to cut greenhouse gases (GHGs) by 1.5% each year, and by 3% annually beginning in 2025. 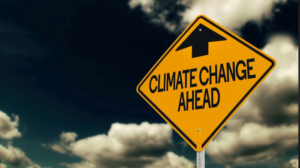 When the government failed to reach it targets and instead CO2 emissions rose by 4%, over 2 million people signed a petition complaining of the government’s failures.  Then in 2018, four non-governmental organizations (NGOs) — Greenpeace France, It’s Everyone’s Business, Oxfam France, and the Foundation for Nature and Mankind — filed a lawsuit against the French government for its failures to fulfill its climate obligations.

In early February, the Administrative Tribunal in Paris ruled that France had failed to fulfill its promise to reduce greenhouse gases under commitments made in the 2015 Paris Agreement, and was “responsible for ecological damage.”  The court awarded each of the four NGOs a symbolic one euro in damages, but ruled that it would decide in several months the extent to which any climate action measures would be required by the government to resolve its failure to meet its commitments.

The French government noted the decision and indicated that it was preparing further legislation to accelerate “France’s ecological transition.”   It is not clear if the government is appealing the decision.

In a more traditional environmental lawsuit, in January 2021 a Dutch Court of Appeal held that a Nigerian subsidiary of the British-Dutch multinational Royal Dutch Shell company was responsible for oil spills in Nigeria in 2006 and 2007.  The lawsuit was filed by four farmers and Friends of the Earth.

The lawsuit was filed in 2008 and the Shell subsidiary argued for years that the spills resulted from sabotage where pipes were intentionally opened to discharge oil.  The court found that while many spills were the result of unauthorized opening of valves, Shell was legally obliged to protect its activities from sabotage, including to build better warning systems to detect and prevent leaks. 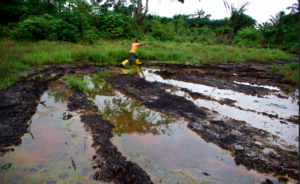 The subsidiary company was ordered to pay damages to the four farmers, for the destruction of farming land and ponds.  Unfortunately, as the lawsuit has been going on for over a decade, two of the four farmers have died.  But as a result of the decision, it is likely that there will be more lawsuits from other farmers against the Shell subsidiary.

Besides the money damages that will be awarded, Shell was ordered to clean up the area that had been contaminated by the oil spills.  In such cases, cleanup costs are often far more expensive than personal damages of individual farmers.

The case is still not done.  Shell can appeal the case to a higher Dutch court, and it can try to ignore the order to clean up the site as it has done in other cases.  But at the very least the case offers hope and opportunity for others to bring cases against a Nigerian subsidiary of a Dutch company, Royal Dutch Shell, in the country where they are headquartered for damages done in overseas countries which may have weak environmental laws, or corrupt institutions.

In the Urgenda lawsuit in the Netherlands, the government was ordered to increase the level of climate action to comply with its legal obligations.  In the Friends of the Irish Environment lawsuit in Ireland, the government was obliged to develop and issue a new National Mitigation Plan to proactively deal with climate change.  In France, the government was given a slap on the wrist, with the one Euro award of damages but it remains to be seen what the court will do with the “ecological damages” for which the government is responsible.  And the government is under sharp pressure to increase its climate actions.  In Manchester, the local council will have to actually take account of the “climate emergency” it declared when it makes planning and land use decisions.  Farmers from Nigeria found that they could sue the responsible party in Netherlands for damages from oil spills at home.

Jariel Arvin, “A court has convicted the French government of failing to meet its climate goals,” Vox  (4 February 2021).  bit.ly/3aUhjwL