The Fantasies of Conversion to eCars

And some of the realities

The fantasy about electric cars (eCars) is that we will replace virtually all gasoline-powered cars and trucks with cleaner electric vehicles charged largely by low-carbon power sources, such as solar and wind.  And live happily ever after.

It is a clear and compelling fantasy.  It does rest on the belief that if people just buy eCars, most of everything else will fall into place.

Unfortunately there are a few blocks in place that will make it unlikely that we will see one million electric vehicles magically appear in 10 years. 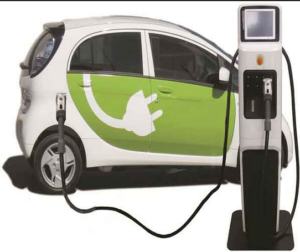 Some blocks are obvious.  The upfront costs of eCars can still be up to 50% higher than the costs of gasoline cars.  Of course the costs of running an eCar can be lower but people still have to be able to afford the purchase price.

To power these eCars, we still need to decarbonise the electric grid, a long-term project that is quite complicated and very expensive.  And the public needs to be convinced that constructing more wind towers and solar installations, and electric grid towers, makes sense, is manageable, fairly placed, and does not disrupt their lives and living spaces.

Gasoline cars are not going to go away without a struggle.  Gas cars have been made with more advanced technology over the past 10 years and now have about a 14-year life span.  These gas guzzlers will be around for a while.  In addition, there are markets where end-of-life cars in developed countries are shipped to developing countries and rebuilt to extend the life of that car.  So it will take at least several generations to replace gas-powered cars.

It won’t be just any eCar that will satisfy the car-buying public.  In a recent UK Audit Office study, it is noted how the increased sales of power-hungry SUVs, as well as increased driving, have offset the carbon omissions achieved through the increase in sales of eCars.  See Reports below.

Are we to increase the costs of SUVs to discourage their commercial success.  Won’t people want power-hungry eSUVs even when they buy eCars and the grid has been decarbonized?  Is that a problem?

As for the continuing increase in driving distances, a recent study in Nature Climate Change found that if Americans keep driving more total miles each year, we will need 350 million electric vehicles by 2050, with an enormous drain on the electric grid and supplies of natural resources for batteries.

Of course, a significant counter force against more driving is more public transport.  When policymakers talk about ways to advance transport, shouldn’t we insist on talking not about “road maps” for plans and strategies but ‘busmaps” and “railmaps” and “cyclemaps” and “walking maps”?

And of course there is the 500 pound gorilla in the closet: taxes on carbon dioxide emissions, with some protection for low-income drivers.

Just encouraging lots of people to buy an eCar is not nearly enough.  Creating the supporting infrastructure and policy framework are prerequisites for adequate climate action.

As the Citizens Assembly stated:

It’s important to note that improvements in energy efficiency alone​, such as electrification of transport, will not be enough to reduce Ireland’s emissions. A shift to walking, cycling and public transport, as well as other measures such as pricing, are needed. A recent report for the European Environment Agency put it this way: “meeting decarbonisation goals for the sector requires not only incremental changes like the wider introduction of electric vehicles and improved fuel efficiency in planes and ships, but also more far reaching changes to lifestyles and habits which greatly influence the way we use transport.”

Now that the new climate bill has been published and there is a growing consensus to take concrete action on climate breakdown, time is of the essence for the government to deliver on these wider implications for a conversion to eCars.

See More eCars Does Not Equate to Reduced Carbon Emissions:  Why Not? In the Reports section of the current April (2021) issue of www.irishenvironment.com

Brad Plumer, Nadja Popovich and Blacki Migliozzi, “Electric Cars Are Coming, but How Long Before They Rule the Road,” The New York Times (10 March 2021).

“Ireland’s plan for electric vehicles will reduce emissions, but may come at a cost,” MaREI, the SFI Research Centre for Energy, Climate and Marine.  bit.ly/2O1EyxC

‘The Citizens’ Assembly on Climate Change: 7 Questions To Raise on Climate Action in the Transport Sector,’ Stop Climate Chaos bit.ly/3m5uzEi