Government takes abstraction to the next level

New Water Bill is strong on verbiage, weak on commitment

The words “drought” and “Ireland” are rarely uttered in the same sentence, but in the coming decades climate change may turn the Emerald Isle yellow. The summer of 2018 was one of the hottest and driest on record in Ireland, and a drought last spring caused annual output from the grain sector to drop from 2.3 million tons to under 1.9 million. These problems will intensify as the population grows and the planet warms. Climate change is projected to aggravate the precipitation disparity between the humid north and west and the drier south and east, jeopardizing the water supply of Dublin and other municipalities on the east coast. Water volume in lakes, rivers and streams will decline, and groundwater subsidence may deplete residential wells.

Forestalling this crisis will require two key measures: acquiring data on water usage across the Republic and using this information to improve regulation of abstraction (the removal and transportation of surface water and groundwater). Two weeks ago, the Government took a small step toward accomplishing these goals. The Joint Committee on Housing, Local Government and Heritage conducted its first round of pre-legislative scrutiny on the proposed Water Environment Bill. One of the aims of the Bill is to facilitate the Eastern and Midlands Region Water Supply Project, which would pipe water from the River Shannon to Dublin and other parts of the East and the Midlands. This would forestall the water shortage in the east but imperil agriculture and ecosystem health on Lough Derg and the Shannon. 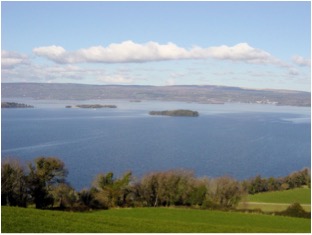 The Bill proposes a three-tiered system: a set of rules issued by the EPA for all abstractors, registration for those who withdraw over 25 cubic meters per day, and licenses for those who take over 2000 or operate in “areas of significance.” The Bill defines a “significant” abstraction as one that puts a water body at risk of “failing to achieve its environmental objectives.” It cites an EPA estimate that only 6% of Irish water bodies are vulnerable to abstraction but does not mention that only 53% of rivers and 50.5% of lakes are in “good” condition according to EPA standards. Not all of these compromised water bodies are necessarily vulnerable to abstraction, but the lack of data makes potential impacts hard to ascertain. Given the documented repercussions of abstraction on water quality and biodiversity, more than 6% of water bodies may be at risk and should be monitored for adverse effects.

Unfortunately, the Bill’s thresholds are so high that the vast majority of abstractions would escape scrutiny. None of the 21 water bottling plants in Ireland meet the threshold for licensing, and only five clear the bar for registration. High thresholds will prevent regulators from getting an accurate picture of water usage, endangering both the environment and the long-term water supply. They may also place Ireland in breach of the EU Habitats Directive and the Environmental Impact Assessment Directive. This is because the dearth of information on abstractors will prevent the Government from fulfilling its legal obligation to conclude “beyond reasonable doubt” that abstractions will not harm EU protected sites.

Ireland can look to its neighbors to improve its abstraction regulations. Scotland and Northern Ireland have aligned their regulations with the recommendations of the EU Water Framework Directive. They have also ensured public accessibility to licensing information and brought abstraction under the control of a single enforcement agency. In Northern Ireland abstractions above 10 cubic meters must be registered, while those over 20 cubic meters require a license–one one-hundredth of the figure proposed in the Water Environment Bill.

In addition to strengthening its abstraction regulations, the Irish government should work to increase drought resiliency by creating a publicly accessible drought monitor and hydrological outlook, which are both available in many other countries. It should also improve infrastructure. Much of Ireland’s hydraulic system is underfunded and decrepit. Irish Water, the public water utility, has begun revamping it, but the government should allocate additional funds for refurbishment.

Fixing the chronic leakages in the Dublin pipe system would likely obviate the need to divert water from the River Shannon. Indeed, the Dublin hydraulic system is in such bad repair that about half of this diverted water would be lost before it arrived.

Irish Water should also begin stress testing its systems against the extreme droughts Ireland may face in the future. This push to overhaul water policy will face resistance from the industries and citizens who have long held nearly unchecked abstraction rights. It will likewise inflame tensions between the urbanized east and the monetarily poor but water-rich west. However, these complications demonstrate the need for action, not reticence. Conflict over water rights will escalate as demand increases and precipitation declines, but Ireland can meet the challenge if it acts immediately. 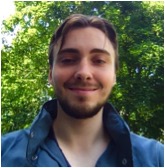