And a bright shining moment for the rest of us

Fossil fuel companies suffered significant losses in court and in shareholder actions, all on May 26, 2021.  And a major user of fossil fuel has committed to shake its dependence on fossil fuels.  The results reflect a distinct, growing expression of institutional concerns and action over climate breakdown.

A Dutch court ordered Royal Dutch Shell to significantly cut its emissions over the next ten years.  Basing its decision in part on European human-rights law, the court found that Shell had helped drive “dangerous climate change.”  While Shell was taking actions to modify its business plans in response to climate change, the court found that it was not enough in light of current science.  The court ordered Shell to cut its own emissions and those of its suppliers and customers by 45% by the end of 2030 in comparison with 2019 levels.  The specificity of the order is impressive.  The court ruling can, of course, be reversed but as we have pointed out in the last several issues there is a growing body of legal cases supporting such action.  See ieBLOG posts cited below.

Exxon Mobil lost a critical fight to one of its shareholders, a small investor group, Engine No. 1, that owns only 0.02% of the company’s stock.  The investor group nominated four people to Exxon’s Board, and two were elected, with the help of BlackRock, the world’s largest asset manager.  As usual Exxonj did not sit idly by and spent $35 million to block the Engine 1 candidates. 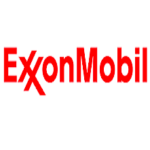 At the Chevron annual meeting, a shareholder resolution required the company to reduce its scope 3 emissions — greenhouse gases that are released by the use of the oil, gas and other products the company sells.  The resolution passed with 61% of the vote, despite stiff opposition by the company’s management. 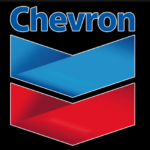 At the same time, Ford Motor Company announced that its all-electric truck F–150 had received 70,000 reservations for a 2022 launch of the truck.  Ford also increased its spending on electrification, including battery development, to more that $30 billion by 2025, up from $22 billion.

The convergence of these actions on one day has been described as the light at the end of the tunnel, a tipping point, a game-changer, a powerful signal. But whatever positive read we give to these events, we should not be deluded.  The fossil fuel companies understand that they soon will no longer be able to compete with renewable energy.  But they are here to stay as long as they can continue to create the conditions that allow them to make lots of money.

Their life span may be shortening but their lust remains robust.

Jillian Ambrose, “‘Black Wednesday’ for big oil as courtrooms and boardrooms turn on industry,” The Guardian (29 May 2021).  bit.ly/3uyttTV

“Extending the reach of environmental litigation,” in the ieBLOG section of irish environment (1 February 2021).  bit.ly/3uoGPCc

“Continuing to extend the reach of environmental litigation,” in the ieBLOG section of irish environment (1 March 2021).  bit.ly/34shX1K