Putin may not be as dumb as he seems

Instead of chasing some fantasy Empire, maybe he is invading Ukraine to capture its natural resources

In the declining fossil-dominate world, international disputes, including wars, have been started for control over critical sources of energy, including oil and gas.  So why won’t the same dynamics work in a fossil-free world.

Our energy is increasingly relying on carbon-free sustainable sources like solar, wind, and hydro.  These sources, in turn, power the electricity for cars, heating and other systems.  And electricity can depend on batteries, which need lithium and other metals.

So if we have engaged in disputes and wars over oil and gas, why not over metals like lithium and titanium. 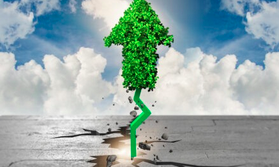 The lithium and other precious metals are found in eastern Ukraine, in the Donetsk region, which Russia has been trying to wrestle from Ukraine since 2014 and which is an area of special interest in Russia’s current, brutal invasion of Ukraine.

Only last year Ukraine started to auction off exploration permits for lithium reserves, as well as for copper, cobalt and nickel, other resources important to clean energy technology.  The largest lithium companies, in China and Australia, have actively pursued rights to these precious metals.

Watch for the issue of rights to lithium and other metals in Eastern Ukraine in any settlement negotiations.

Of course it is possible, even likely, that Putin is as dumb as he looks, and his invasion of Ukraine was motivated by the narcissistic fantasy of a new Russian Empire, headed by Czar or Emperor Putin.

Whatever Putin’s motivation, the interplay between energy and political power serves to highlight an area of the fossil-free world that is just now becoming explored.  Political power may turn on who controls the metals necessary for the technologies to manage GHG emissions, including through solar panels, wind turbines, batteries and electric vehicles.  As David Roberts has pointed out, “Recently, there’s been a lot of talk in the energy world about the minerals needed by clean-energy technologies and whether mineral supply problems might pose a threat to the clean-energy transition.”

As we look to the future we need to start developing an appreciation and understanding of who will control critical metal resources.  Such analyses will require geologic, geographic and geopolitical considerations.

Hiiroko Tabuchi, “Before War, Race Was On for Ukraine’s Lithium,” The New York Times (8 March 2022)

David Roberts, “Minerals and the clean-energy transition: the basics.  A challenge, but not a dealbreaker,” Volts (21 Jan 2022).  bit.ly/3Lt53UX