Jonathan Bonadio and Patrick ten Brink, “An NGO-led, science-based scenario shows the European Union can become climate-neutral by 2040. All that is missing is the political will.”

The EU’s flagship European Green Deal aims to make Europe climate-neutral by 2050. Note 1.  This goal is often described as ‘ambitious’—and it is ambitious compared with the situation today.

Compared with what we can achieve, however, we can afford to be considerably more ambitious. This has been demonstrated via a modelling exercise led by civil society, namely the European Environmental Bureau and the Climate Action Network.

It finds that the EU can achieve climate neutrality by 2040, i.e. 10 years earlier than agreed by governments and institutions. It also finds that the bloc can cut emissions by 65% by 2030, as opposed to the current EU target of 40%.

This is good news for our overheating planet. Accelerating climate action in this way would bring the EU in line with its commitments under the Paris Agreement and recommendations of the Intergovernmental Panel on Climate Change, which emphasises the urgent need to halt climate change at 1.5C or lower to avoid catastrophic consequences for humanity, nature and the planet.  Note 2.

The scenario we have produced is the first based entirely on renewables to be developed by civil-society organisations in co-operation with grid operators, industry representatives, economists and researchers. It was created in the context of the ‘Paris Agreement-compatible scenarios for energy infrastructure’’ project.  Note 3.

This corresponds with demands from some EU member states. Earlier this year, the governments of Austria, Denmark, Ireland, Lithuania, Luxembourg and Spain called on the European Commission to include a 100 per cent renewable energy scenario in long-term climate projections.  Note 4.

But how would this work?

With the right policies in place, renewables, from solar and wind power to green hydrogen, could account for half of EU final energy consumption in 2030 and 100% in 2040.

However, it is not only a question of renewable energy production. Energy savings alone could halve the EU’s energy demand by 2040, according to our scenario. These would principally involve deep renovation and insulation of Europe’s ageing homes and offices, increased vehicle efficiency, the modernisation of industrial production processes, energy-efficiency gains in home appliances and a reduction in demand for raw materials through implementing the ‘circular economy’ principles of waste prevention, reusing and recycling.

However, for this scenario to work requires a clear timeline to phase out fossil fuels in the near future. The EU must phase put coal by 2030, stop using fossil gas by 2035 and end the use of petroleum products by 2040.  Note 5.

Our model also excludes the backdoor use of fossil fuels. For example, while ‘green hydrogen’ generated renewably is acceptable, other forms of hydrogen extracted from fossil fuels or other non-renewable sources are out of the question.

Herein lies the major barrier and hurdle. Completely phasing out fossil fuels by 2040 is entirely feasible, as our scenario clearly demonstrates, but our fossilised system stands in the way.

Despite the EU’s commitment to a renewable future, the inertia of legacy systems combined with resistance and lobbying from certain segments of industry are clipping the wings of Europe’s ambitions. This must change, and urgently.

The COVID-19 crisis is holding up a mirror to society, throwing its vulnerabilities and fragilities into sharp focus. We urgently need to build a more resilient and sustainable world. To do so requires us to accelerate the shift to a fossil fuel-free future.

We possess the knowledge, technology, resources and systems to make the transition to a renewable future free of fossil fuels. Over the last two decades we have also seen the costs of renewables fall so low as to be cheaper than fossil-fuel alternatives. Note 6.  What is missing is the political will to move full-speed ahead with the transformation.

We call on policymakers to shift investments away from fossil fuels and towards clean energy infrastructure, energy and resource efficiency, and sustainable business practices.

The opportunity is now, with the discussions on the recovery plan, on the EU’s budget, the European Green Deal and the range of strategic decisions that will be taken in the very near future – on the Hydrogen Strategy, the Renovation Wave, the Batteries Directive and the Offshore Wind Strategy, to name but a few.

At the member-state level, national climate and energy plans will be key vehicles to achieve these priorities. And discussions on carbon taxes, the Emissions Trading System and subsidy reform will be essential, at both national and EU levels. Unless the economic signals are right, we cannot expect the investments to flow to the green transition.

By coupling science-based targets on energy and climate with the recovery mechanisms, bailouts and stimulus packages, we can speed up the transition and prevent catastrophic climate change. A 100% renewable future should not be seen as ‘ambitious’ – often taken as a euphemism for not realistic – but rather as essential.

This article was first published by Social Europe on 8 July 2020. bit.ly/3fOv9D8

Patrick ten Brink is the director of EU policy at the European Environmental Bureau and Jonathan Bonadio its policy officer for renewables, climate and grids. 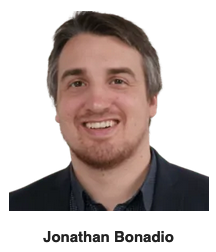