Marie-Amélie Brun, “NGO’s access to justice made easier but not guaranteed”

Campaigners welcomed the European Commission’s proposed changes to the Aarhus Regulation to make access to justice for NGOs easier but warn that this is just the first step of a much larger process. 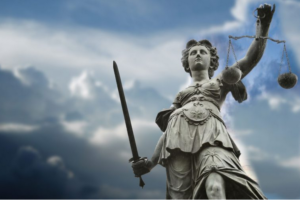 Yesterday, after a ten-year long legal battle initiated by the environmental law organisation Climate Earth, the European Commission released a proposal to address the shortcomings of the so-called ‘Aarhus Regulation’.  Note 1.

Campaigners and lawyers hailed the proposal that plans to tackle the biggest obstacle NGOs seeking to challenge EU decisions face, but they reminded that this important first step fails to fully address the democratic deficit.   Note 2.

This shortcoming is a clear violation of the Aarhus Convention, an international treaty that grants environmental rights to NGOs and citizens, established by the Convention’s Compliance Committee in 2017. The Compliance Committee stated that the EU’s requirement for ‘individual scope’ greatly restricted the opportunity for NGOs and people to challenge environmental decisions in the public interest and limited their access to justice. But whereas NGOs have had limited access to the EU Court, industry players, on the other hand, are able to challenge a wider range of measures and protect their business interests more easily.

Anaïs Berthier, from ClientEarth said: “This is a long overdue proposal, which goes some way towards levelling a playing field which is heavily sloped in favour of industry’s interest – to the detriment of our health and the environment.“

Some industry groups have expressed opposition to amending the Regulation, arguing that the changes create uncertainty and delays. But campaigners from ClientEarth, EEB and Justice&Environment explain that this would simply bring the EU in line with an international convention it signed some 20 years ago, thereby increasing certainty on the application of environmental rights.  Note 3.

Despite the good news that this proposal brought, campaigners regretted that all the gaps in the Aarhus Regulation, and that were identified by the international committee, were not addressed.

Under this proposal, NGOs will still face barriers when they will ask for an environmental decision to be reviewed.

in an enormous loss of time and resources for NGOs as they would have to first go through the national courts, delaying proper environmental protection. The proposal does further not allow NGOs to challenge the original Commission decision which can be the root cause of the environmental problem.

The Commission’s proposal will now be debated in the European Parliament and by representatives of the Member States in the Council of the EU.

The Aarhus convention is an international treaty that grants environmental rights to NGOs and citizens. It covers access to information, public participation and access to justice. All three rights have been under scrutiny at member state level for many years

Marie-Amélie Brun is a contributor to META. She is working as a Communication Officer at the European Environmental Bureau (EEB). She mostly writes on implementation of EU environmental laws. She previously worked at the Irish Environmental Network in Dublin, as a communications intern. 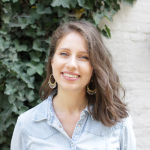 Previous articleJonathan Bonadio and Patrick ten Brink, “An NGO-led, science-based scenario shows the European Union can become climate-neutral by 2040. All that is missing is the political will.” Next articleMarie Toussaint, “Environmental racism and the quest for justice”