Michael Northrop, How is it possible that a project like the East Africa Crude Oil Pipeline (EACOP) could be under serious consideration in 2022

Spitting distance from the headwaters of the Nile River and Lake Albert, inside two of Uganda’s most important national parks, 400 oil wells will soon be drilled and a 1,500km heated pipeline will be built that will displace 100,000 farmers from their lands.

This is the East Africa Crude Oil Pipeline (EACOP), which is being built by TotalEnergies and the Chinese National Offshore Oil Corporation (CNOOC). Advocates call it a carbon bomb and a human rights atrocity.

Most of the 400 oil wells it will service will be drilled inside Murchison National Park and Queen Elizabeth National Park — conservation areas where wildlife lives in abundance barely conceivable in our damaged world.

The drill site in Murchison will force fishing communities that have fished sustainably for centuries to change their professions and move elsewhere. And the drill site in Queen Elizabeth to the south, where the current British monarch visited just prior to becoming Queen, are on the southern shores of Lake Albert, the main watering hole for tens of thousands of animals.

A BankTrack report details the potential harms of the project to wildlife and other resources. Bill McKibben said in The New Yorker that the pipeline route seems to be designed to threaten as much wildlife as possible.

In addition to endangering Lake Albert and the headwaters of the Nile River, the nearly 1,500km pipeline will travel across scores of rivers, protected wetlands, and other lakes that 40 million people depend on for drinking water and food.

Making matters worse, the entire area is an active seismic zone, so anyone who suggests that, when these pipes break and leak – as they always do, even in less seismically active areas – they will not cause havoc to Ugandan people and wildlife is lying.

As the pipeline meanders across Uganda and into Tanzania, it will force more than 100,000 people off their farms and grazing lands. Most of these people are being forcibly displaced, according to human rights organisations, by government troops in both countries, usually without any form of compensation.

People in both countries are terrified of speaking out. Violence and arrests are common for anyone who resists. Environmental NGOs in Kampala have been burgled and harassed.

And then there are the expected greenhouse gas emissions. Developing this oil will result in emissions of at least 33 million tonnes of carbon dioxide equivalent per year, amounting to over three times the current annual emissions of Uganda and Tanzania combined.

The pipeline itself will require large amounts of energy to heat, so it can transport the low-quality sticky oil from these wells, while additional emissions will result from land use change and associated deforestation.

The EACOP pipeline, if built, will also be easily accessible to oil companies hoping to open a new frontier of high-risk oil development in Virunga National Park, one of the last remaining mountain gorilla reserves, in the Democratic Republic of Congo.

In the early 2000s, Total, the French oil giant and developer of the project, promised Ugandans the project would pay for a school in every village and would bring thousands of jobs to this poor East African country. Analysis by the Climate Policy Institute in 2020 showed that the economic benefits of the project were vastly overstated and that it could be a systemic risk for Uganda’s economy if markets for oil shrank in a carbon-constrained world — as they need to in order to give us any chance of keeping planetary warming to 1.5֯C or less.

In a February announcement by Uganda, Tanzania and Total, the parties claimed to have reached a final financial agreement on how the profits from the project will be apportioned. The terms were not available, but there is widespread understanding that Total bargained hard to protect its own investment and profit at the expense of Uganda’s ultimate risk.

Uganda, which had been advised that margins will be thin, is said to have absorbed additional risk, most likely so a few can get their desired reward – the rest of Uganda be damned.

France does not require Total to disclose the side payments it makes in-country to secure an agreement.

Not secured is an estimated $2.5 billion- $3.5 billion in necessary investment capital to construct the pipeline.

Carbon Tracker reported in 2016 that the world has already financed more than 1.5֯C of planetary warming, and that every additional increment of new fossil fuel development could find its ultimate production at risk. It seems all the more likely that the financial risks associated with this project will go up in the near term as we creep up towards 2֯C of financed warming.

Yet despite all this, the CEO of Total, Patrick Pouyanne, was quoted recently as saying that he had spent more time working on this project than anything else during the two years of Covid.

With all of the potential harms noted above, how could he proudly announce such a thing?

All new oil and gas and coal development now verges on the criminal, but this EACOP project, with its human rights abuses, harms to existing local economies, threats to wildlife, intact forests, the Nile, and drinking water, seems like it might be among the worst of the worst.

Apparently, French President Macron quietly supports the project and is well aware of the potential public relations harm it showers on France and himself, but with regards to a crown jewel of the French economy like Total, the French state is inclined to do everything it can to support it, even if it casts doubts on all of Macron’s post Paris climate change leadership positions.

Total and Macron both position themselves as climate champions, but that conflicts with the reality of this deeply flawed project.

Fifteen commercial banks, including the three largest French banks, have said no publicly, and others are under pressure to follow suit. Six insurance companies have refused to participate in the project, including French insurer AXA, and activists are at work to push others to say no.

French civil society geared up over the past three weeks to say enough is enough – that France and Total must not support the project. The volume of disappointment has been very apparent on the streets of Paris as civic groups, Fridays for Future youth, human rights groups, and four brave, charismatic Ugandan youth activists traversed the streets of Paris, the halls of the Elysee, commercial bank offices, and conducted scores of media interviews.

These brave young Ugandans have also been to Brussels to see EU leaders there, to Berlin to meet with Germany’s Foreign Minister and to Rome, where they visited with Pope Francis and his bishops.

Their voices are being heard and some pressure is growing, but President Macron has not commented directly on EACOP.

It really is inconceivable that a project like EACOP could go forward, given everything we know about the climate crisis and the on-the-ground damage this project will cause.

One hopeful piece of the story for the readers of this publication is the widespread rejection of Total’s plea for finance for the project.

Project proponents Total and CNOOC are working hard to secure the billions in financing required to begin developing the pipeline. CNOOC has already reportedly invested more than a billion dollars in the project and does not want to cover the rest. The search for the remaining $2.5 billion-$3.5 billion has proved complicated.

Calls to decarbonise bank lending and finance at the Glasgow COP in November 2021 have made many financial institutions think twice about such a dirty, destructive, amoral project, especially with climate advocates growing more vocal about EACOPs potential harms.

Fifteen commercial banks, including the three largest French banks, have said no publicly, and others are under pressure to follow suit. Six insurance companies have refused to participate in the project, including French insurer AXA, and activists are at work to push others to say no.

TXFNews reported last week that Total and CNOOC have asked several leading export credit agencies, including Italy’s SACE, Germany’s Euler Hermes, and China’s Sinosure to provide a financial guarantee for the project. If one of these gives its guarantee, the project will be reopened to commercial banks and that might be enough cover for banks to step up with financing. So, this is a fraught moment.

CNOOC’s large financial exposure is of concern and there is concern that the Chinese will find some way to cover most or all of the remaining finance needed.

South African bank Standard Bank, which is 40% Chinese owned, and Sumitomo Mitsui Banking Corporation have been appointed lead arrangers and advisors to the project along with China’s ICBC, but others appear nervous about joining in.

The question at the top of this piece looms large: How is it that a project this bad can be even considered for financing in 2022, given everything we know about the need to protect the planet’s climate systems, its remaining endangered biodiversity, and its rural and indigenous peoples?

The collective forces of reasonableness need to stop this project, but we’ve also got to face up to the problem that oil companies and financial institutions continue to run roughshod over global norms by continuing to develop and finance new fossil fuel projects that the IEA, Carbon Tracker, The UN Secretary General, the Pope and the world’s scientists say we cannot afford.

How do we get fossil fuel companies and financial institutions to act on their responsibilities? If a project like this is even being considered, clearly some of them don’t understand or care about planetary limits.

World leaders still need to craft mechanisms to stop new fossil fuel projects. It’s way past due. Otherwise, we are going to see hundreds more of these sorts of destructive projects.

Until strict rules emerge, we are going to continue to see protests in the streets and massive brand-bashing campaigns focused on oil companies like Total and supportive banks. In the immediate term, public protest like what occurred in Paris the last several weeks may be our only hope to begin changing course.

Michael Northrop is director of the Sustainable Development Program at the Rockefeller Brothers Fund. 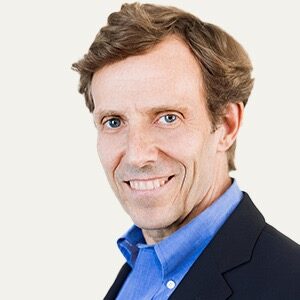