An electric vehicle (EV) battery uses up just 30kg of raw materials with recycling compared to the 17,000 litres of petrol burned by the average car. That’s according to a new study (Note 1) that shows Europe’s current crude oil dependency far outweighs its need for battery raw materials. The gap is set to increase further as technological advancements drive down the amount of lithium required to make an EV battery by half over the next decade. The amount of cobalt required will drop by more than three-quarters and nickel by around a fifth. 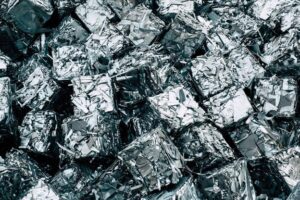 Lucien Mathieu, transport and e-mobility analyst at T&E, said: “When it comes to raw materials there is simply no comparison. Over its lifetime, an average fossil-fuel car burns the equivalent of a stack of oil barrels, 25 storeys high. If you take into account the recycling of battery materials, only around 30kg of metals would be lost – roughly the size of a footba 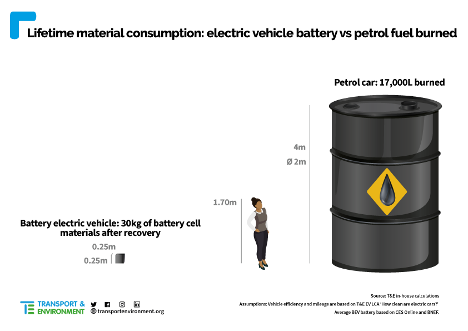 In 2035 over a fifth of the lithium and 65% of the cobalt needed to make a new battery could come from recycling, the study finds. T&E said the recycling rates, which are required under a new law proposed by the European Commission, will significantly reduce EVs’ demand for new materials – something that cannot be said for conventional cars. 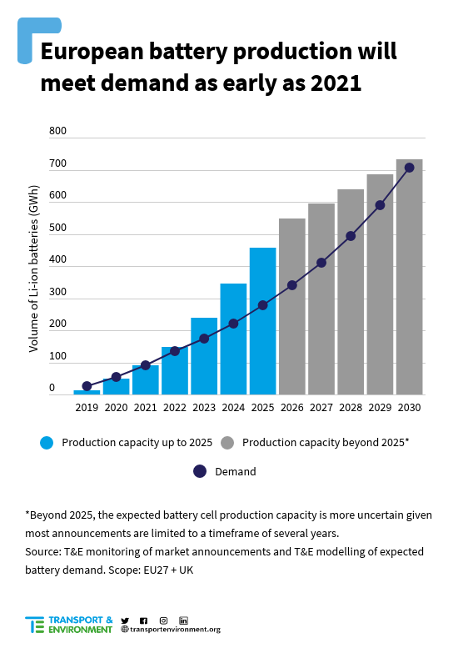 Europe will likely produce enough batteries to supply its own EV market as early as 2021, the study also finds. Already 22 battery gigafactories are planned for the next decade with total production capacity extending to 460 GWh in 2025, enough for around 8 million battery electric cars.

Lucien Mathieu, added: “This is a far cry from the current situation where Europe’s car fleet is almost entirely dependent on crude oil imports. Increased battery efficiency and recycling will leave the EU significantly less dependent on imports for raw materials than it is for oil.”

Overall, EVs are also far better for the climate, requiring 58% less energy than a petrol car over their lifetime, the study finds. And, as T&E’s lifecycle analysis tool shows, even in Poland, which has the dirtiest electricity supply in the EU, EVs emit 22% less CO2 than petrol cars.  Note 2.

Previous articleKayle Crosson, Some Commentary on Pending Irish Climate Bill Next articleEEB, “Why EU’s ‘Fit for 55’ is unfit and unfair”