A movement exists to create a new crime, “ecocide,” that will establish condemnation, and eventually criminal punishment, for damages to the environment.  It is suggested that this crime is parallel to genocide, the systematic destruction of a racial, ethnic, religious or national group of people.  At perhaps its widest reach, the term refers to the widespread destruction of the environment.   Others have framed it as the massive contamination of air, land and water, or actions capable of producing an ecological disaster.  At this early stage of development, the definition of “ecocide” will likely remain elusive.

Some are working to make such conduct a crime before the International Criminal Court in The Hague.  While many may see such a law as unlikely, it can be pointed out that the French National Assembly, the lower house of parliament, has recently approved the creation of an “ecocide” offence as part of a battery of measures aimed at protecting the environment and tackling climate change. 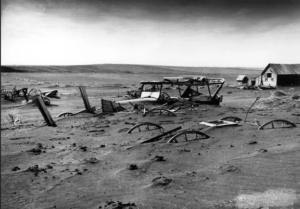 An important moment for the campaign to establish ecocide as a crime was when Pope Francis, in November 2019, at a meeting of the International Association of Penal Law, proposed that “sins against ecology” be added to the teachings of the Catholic Church and stated that “ecocide” should be a fifth category of crimes against peace at the international level.

Some further ideas to explore on Ecocide:

Come up with a more precise, concrete definition of ecocide and what acts would be covered by it.

What is the closest crime to ecocide in your country?

The use of “cide” in ecocide, as in homicide, means a killing.  Give some examples of what kind of environmental destruction would constitute a killing.

Nicholas Kusnetz, Katie Surma and Yuliya Talmazan, “As the Climate Crisis Grows, a Movement Gathers to Make ‘Ecocide’ an International Crime Against the Environment,” Inside Climate News (7 April 2021). bit.ly/32NrUGg

David Sassoon, “Ecocide: Should Destruction of the Planet Be a Crime?’ Inside Climate News (7 April 2021).  bit.ly/3vgiFuu