The Lancet Countdown is an international collaboration that tracks the emerging health profile of climate breakdown.  This study was undertaken by experts representing a broad range of disciplines from 35 leading academic institutions from every continent as well as UN agencies.  It presents coverage of 43 indicators in five sections: climate change impacts, exposures, and vulnerabilities; adaptation, planning, and resilience for health; mitigation actions and health co-benefits; economics and finance; and public and political engagement.  The analyses focus on the underlying social and environmental determinants of health, including how they affect vulnerable, disadvantaged communities. 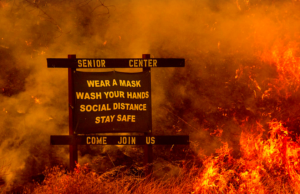 A central premise for the study is that we are falling short of global efforts to mitigate climate breakdown, with increasingly devastating impacts on health.  For example, in 2019 there was  a record 475 million additional exposures to heatwaves affecting vulnerable populations, with a 53.7% increase in morbidity in people over 65 over the past 20 years, including 296,000 deaths in 2018.  The heat-related mortalities were monetized for 2018 at the equivalent of 1-2% of regional gross national income, or the average income of 11 million European citizens.  Extreme heat led to the loss of 302 billion hours of potential labor productivity in 2019.  And between 145 and 565 million people face potential inundation from rising sea levels.

With recent developments in science allowing greater attribution, studies have shown the influence of climate change on 76 floods, droughts, storms and temperature anomalies. No wonder 67% of global cities expect climate change to seriously compromise their public health assets and infrastructure.

It is not feasible to cover the 43 indicators in five broad sections, which can be found in the Lancet report, but we can point to several broad themes that emerge from the report.

Perhaps an overriding theme is that more frequent, more intense heat waves are already impacting human health globally.  The effects of climate breakdown are no longer waiting for us in the future.  They exist in the here and now, and they are harming our health as much as our planet.  As a lead author notes, “Climate action is a prescription for health.”

The analysis of the current interplay between climate and the Covid-19 health crisis is a major focus of the Countdown’s report.  In confronting the Covid pandemic scientific experts, and particularly health professionals, are increasingly involved in addressing this crisis.  Almost every country, and many regional governments, have used or created panels of scientists to advise on the nature, source and scope of the risks associated with Covid-19, and, critically, how we get out from under these risks.  Of course there are the risk deniers, like Trump and his sycophants and uncritical followers, and those who find it difficult to deny themselves certain habitual behaviors, but the scientists are generally winning the battle for the public’s trust.   At least those who follow the scientists’ advice have a better chance of surviving the pandemic. 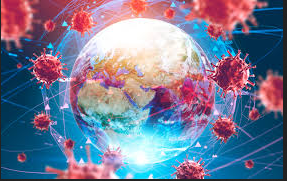 While many people still smoke, and ignore the science, many stopped smoking based on reports and advice from scientific experts and those who stopped are less likely to contract lung cancer.

If this lesson holds, it may turn the corner in the discourse, and fights, over the reality of climate breakdown.

The report notes that health professional themselves are increasingly engaging with climate issues because they see the connections with health and their role in dealing with the crisis.   For example, in 86 countries health services are now connected and working with meteorological services to develop health adaptation plans.

An expression of this interest is the increase in academic publications on health and climate by a factor of eight between 2007 and 2019.  Media coverage of health and climate change also increased by 96% world wide from 2018 to 2019.

At the same time, health organizations are committing to reducing their own greenhouse gas emissions.  The report notes that 73% of countries have made direct references to health and wellbeing in their Nationally Determined Contributions (NDCs) under the Paris Agreement.

Besides these general points of intersection between heath and climate, the specific challenges of the coronavirus crisis raise other possibilities.  The expertise of the health professionals in dealing with rapid and widespread health attacks on individuals and communities has developed and gotten wide support from the public as a result of the current pandemic.  Identifying and working with particularly vulnerable populations has been part of these challenges. That expertise and acceptance will be needed for the millions of environmental/health refugees who will have to evacuate and/or migrate to avoid extreme weather events.

The shutdowns necessitated by the pandemic have caused widespread and deep economic losses which will take years to overcome.  There is concerted action, in the US and EU, to implement a Green Deall in the recovery and use of stimulus funds.  Under the circumstances, reliance on renewable energy sources, instead of fossil fuels, as the driving force behind any recovery is an obvious policy choice.  New work patterns, with work-at-home and virtual conferencing (and socializing), will ease both health and climate stresses.

For any long-term recovery, many of the steps taken to prepare for unexpected shocks, such as a pandemic, are similar to those required to adapt to the extremes of weather and new threats expected from climate change.  Some of these steps are identifying vulnerable populations, assessing capacities of health systems, developing and funding preparedness measures, and bolstering community resilience and equity.

In both areas we need to deal with much uncertainty and reliance on economic low-regrets actions.

Over the next five years we will be still dealing with the health and economic effects of the corona pandemic at the same time we are facing the increasingly urgent requirement to keep rise in global temperatures below 1.5ºC – 2ºC.

To manage these parallel universes the Countdown notes that the health professions have been key in other fights over environmental risks, including sanitation and hygiene, and  tobacco control.

While many have argued over the past several decades for a clearer articulation of the connection between health and climate breakdown, maybe it took a pandemic virus to kill millions to make the point.  Let’s work to make sure the climate breakdown crisis does not take millions of deaths to gather the necessary attention.

Nick Watts et al., “The 2020 report of The Lancet Countdown on health and climate change: responding to converging crises,” The Lancet (2 Dec 2020). bit.ly/3nWSxli.

‘We cannot make it without science’: Greta Thunberg says climate experts are being ignored”, The Guardian (29 Dec 2020).  bit.ly/3o2AASb