An Outsiders’ View of the Irish Climate Change Advisory Council: Spot On

The Irish Climate Change Advisory Council (CCAC) deserves a load of credit, for the work it has done and for opening itself to the scrutiny of an independent evaluation team, or Panel.  And the Panel deserves credit for its smart, comprehensive and articulate critique in Independent Evaluation of the Climate Change Advisory Council (“Independent Evaluation”).  Note 1.

We have been both critical and supportive of the Climate Change Advisory Council (CCAC) over the years.  We found its first Report in 2016 to be disappointing, even if it was an interim report.  While it raised concerns for the critical issues — carbon tax, agriculture, transportation— it merely called for “additional policies and measures.”  It offered little in the way of concrete actions the government needed to take.  As a result there was no pressure on the laggard government to act. 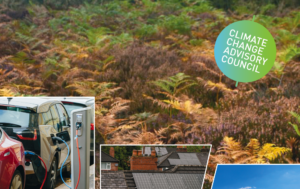 We found that the Council’s first Annual Report of 2017 reflected some advances:

The recent Annual Review 2017 is a step forward as it does offer a proactive, and exemplary role, in urging, even pushing, the government to do more. Importantly, it offers concrete and specific recommendations to the government and the tone of the Review is more urgent and critical.  See Tipping Point below.

By the 2018 Annual Report, the title of our article — “The Irish Climate Change Advisory Council’s Growing Frustration with Government Inaction” — reflected the changes we saw in the CCAC.  It too had become frustrated with inaction:

The Council ends its Executive Summary by stating:  “Ireland is completely off course in terms of its commitments to addressing the challenge of climate change.”  At v.  The more direct, proactive, even confrontational tone of the Council’s report is understandable.  The Council had begun to offer concrete advice on what the government actually needed to do and all it got back was tired old programs and ideas brought out of the closet, dusted off and labelled “measures” or “initiatives.”  That would drive anyone to frustration.

Perhaps the most important step in the growing credibility of the CCAC was the Irish Supreme Court decision in the case brought by the Friends of the Irish Environment (FIE).  FIE  claimed that the government failed, as a matter of law, to fulfill its obligations to address actions necessary to mitigate climate breakdown in its National Mitigation Plan (NMP or Plan). The Court looked at the NMP and found, as we characterized it: “… a void, an empty vessel.  There was nothing in the Plan that approximated specific actions. It was all vagueness.  And that was not, legally, enough.”  See review of Irish Supreme Court decision, below.

Interestingly, the High Court, from which the decision was appealed to the Supreme Court, found that:

But the Supreme Court examined the legal authority of the CCAC and what it said about the NMP, and held that:

I appreciate that the Government is not bound by the views of the Advisory Council… [but] it seems to me that it is appropriate to place significant weight on the views of the Advisory Council which is, after all, set up under the same statute as requires the Plan to specify how the NTO [National Transitional Objective] is to be achieved.”  At section 6.41 (See Supreme Court decision, below, at 26-27).

The Court found that the CCAC criticisms of the government’s failures on climate change action and the inadequacies of the NMP were quite relevant and that FIE’s claim was upheld. 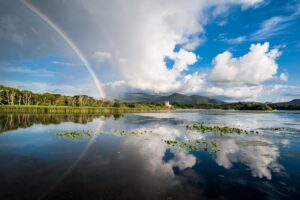 Given this history of the CCAC, it was interesting to see how an Independent Evaluation would find the work of the CCAC.  The Panel provides a thorough review of the 5-year term of the CCAC, delving deep into the details of its goals, methods and means of fulfilling its statutory obligations.   It was impressive to see the Panel even closely reading and dissecting the minutes of meetings of the CCAC.

What the Independent Evaluation Found

On policy issues the CCAC is credited with significant contribution to the national debates about the need for substantial increases in carbon taxation; the need to end government subsidies of peat and coal burning, as well as supporting a just transition; and, “stimulating the maturing of the sensitive debate on the role of agriculture and land use.”  [Emphasis added] The abstract language used to describe this last issue suggests the CCAC was found to be less proactive in confronting the government’s historic protection of the agriculture sector. Or at least it was less successful in this arena, as have been most others who have tried to rein in the agriculture sector.

Acknowledging the accomplishments of the CCAC, the Panel proceeds to explore how it could be stronger.  Much of this analysis is focused on the structure and organization of the CCAC, rather than specific policies.  In light of the impending revisions to the CCAC, these are very useful insights, which we hope the government listens to, and acts on.

The CCAC perceived its mandate to be to focus on the economic dimensions of climate change, as distinctly separate from the environmental and health impacts.  With government parties dominated by the duopoly of Fianna Fáil and Fine Gael, this is not surprising as neither party has shown much of any interest in environmental issues.

This emphasis of the mandate was reinforced by the composition of the Council, where 7 of the 11 members are economists.  Others have been complaining of this imbalance for a number of years and the Panel adds some thoughtful analysis of how this imbalance weakens the work of the CCAC.

The Panel recommends a broadening of the areas of expertise beyond economics, and that members of the CCAC should not be chosen on basis of their institutional affiliation but on their specific expertise.

Further compounding the problems of the economist-heavy membership is the presence of four ex offcio members, from the EPA, Teagasc (closely aligned with the agriculture sector), Sustainable Energy Ireland and the Economic and Social Research Institute.  While the Panel did not find any instances of conflicts, it does find that this arrangement is most unusual in international practices.  It also finds that it is easily perceived as raising conflicts of interest.  For instance, we can see that if the CCAC were to propose an aggressive, necessary position on reducing greenhouse gas emissions from agriculture, contrary to the firm positions of political parties in power, Teagasc could be bound to take a contrary view to CCAC, in light of its obligations as a semi-state authority supporting agriculture.  And EPA could find itself in a difficult position.

Particular attention is paid to the complicated role played by EPA on the ECAC.   Not only is EPA selected as an ex offcio memebr, but it acts as the administrative host for the CCAC, including managing its budgets.  The Panel reccomneds that a further separation between EPA and the CCAC would enhance the perceptions, and reality, of the independence of the CCAC.

The Panel also explores other dimensions to the CCAC, including data sharing with government departmetns, day-to-day leadership of the CCAC, funding of the CCAC, and expanding forums for communicating its work and reports. 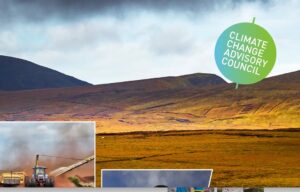 One of the key takeaways of the report is the Panel’s focus on the composition of the CCAC.  Its recommendations are focused on developing a more independent and proactive CCAC.

The CCAC needs such support as it is hardly a welcome member of the government’s team to address climate breakdown.  In the past the governments’ suspicion of any “outside,” independent CCAC was hardly disguised.   Even if the CCAC was seen as watchdog, not a partner in confronting climate inaction, the governments always seemed much more comfortable with a watchdog with no teeth and a short leash.  The description of the interactions between the CCAC and government Ministers and departments reflecss this dismissal of the CCAC by the government.

The Panel suggests, in always diplomatic ways, what many are thinking.  The CCAC was developing stronger positions but its institutional structure and composition are holding it back, while other forums like the Citizens’ Assembly and the Oireachtas Joint Committee have pushed us all further along.

We need the CCAC out front with a strong, clear voice and proactive stance on the crucial actions necessary to get us to a low-carbon, climate resilent, and environmentally sustainable economy by 2050.

Note 1.  The three evaluators are: Geraldine Tallon – Chair; Halldór Thorgeirsson; and, Sharon Turner.  See their backgrounds at 42 of Report.  A video interview with Professor Turner was published in the Podcast section of this magazine in April 2010, at bit.ly/2YwzG5b, when she was Professor of Law at Queens University Belfast; and, in this issue of the magazine is a Podcast where Dr. Turner discusses the implications of dealing with Covid-19 for environmental challenges.

“A Tipping Point on Climate Change in Ireland?” in the Reports section (January 2018) of irish environment magazine at bit.ly/2MICRE8

Previous articleCovid, Climate and Health: The Lancet Countdown Next articleCiara Brennan, James Orr, Peter Doran, Alison Hough, Dean Blackwood & Laura Neal, ‘Delivering environmental justice in NI and on the island of Ireland: A briefing for the Department of Justice NI’