Since 1988, when the UN established the Intergovernmental Panel on Climate Change and James Hansen testified before the US Congress on the dangers of climate change, the discourse on environmental issues has been dominated by climate change.  Before that moment, the discourse centered on nature and pollution.  Nature (n/k/a biodiversity) has retained a prominent presence, but pollution has receded into the background.  But a recent report by the European Environment Agency (EEA), Towards Zero Pollution in Europe 2020, as part of its Signals series, brings pollution back to the discourse. Put simply, to pollute means to contaminate or to make unclean

The EEA report covers the various media that are subject to pollution — air, water, soil/land — as well as the typical activities that cause pollution, including industries, transport, usage of chemicals, and agriculture.

Historically, industries, particularly factories, were often the major source of pollution from toxic air emissions.  In the post World War II era, the classic pollution was the belching smokestack from a factory or power plant spewing out toxic chemical substances.  It was easy to see and smell the pollution from a point source.  More than half of all emissions of pollutants, and greenhouse gases, derive from industrial production and the burning of fossil fuels.  These emissions include a wide range of chemicals including such toxic substances as mercury.  Recently more attention has been paid to the 800 substances that are endocrine disruptors as they interfere with hormone systems.

Through extensive regulation from the 1960s onward, this source of toxic pollution has ameliorated.  Yet it remains of broad concern and continues to present significant risks, as laid out in the EEA Signals report.  Air pollution remains the number one cause of premature deaths from environmental factors in Europe.  It also has considerable economic impacts through medical costs and reduced economic productivity.

The EEA estimated in 2014 that the aggregated cost of damage over the 5-year period 2008-2012 caused by emissions from certain industrial facilities was at least €329 billion (2005 value) and rising.  Interestingly, about half of the damage costs occurred as a result of emissions from only 147, or 1 %, of the 14,000 facilities in the data set. 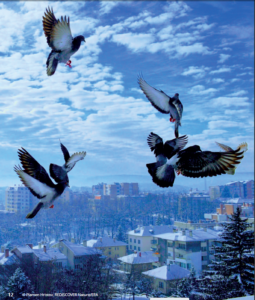 Factories are also responsible for disposal of considerable volumes of waste material, some of which is hazardous, as well as plastics that are inundating our marine environments

Efforts to lessen these impacts are based on EU Directives, the EU Green Deal, and more widespread public access to data about the emissions.

While factories may have moved outside cities across the globe, including in China, major sources of air pollution now include transport and emissions from buildings, both still heavily dependent on burning fossil fuels.  Of course domestic heating with wood and coal in less populated areas also present dangerous levels of fine particulate matter (PM2.5).

The transportation sector contributes to environmental risks in a variety of ways.  Notably transport continues to emit 45% of Europe’s nitrous oxides (NOx) and significant amounts of other key pollutants, and nearly half a million Europeans die each year from air pollution.  And most Europeans in cities continue to be exposed to air pollution that exceeds guidelines for clean air set by the World Health Organization.  Switching to renewable energy sources for heating, and electric vehicles of all sorts instead of fossil-fuel driven transport are pathways for the future to reduce air pollution in cities.

Unlike the industrial and residential buildings and transportation sectors, much of the farming sector is typically responsible for pollution by run-off rather than by point sources.  For example, chemicals and metals in fertilizers and pesticides are sprayed on land and run off into soils and water courses, polluting both.  Over 90% of Europe’s ammonia emissions and 20% of organic compounds are attributable to farming practices. 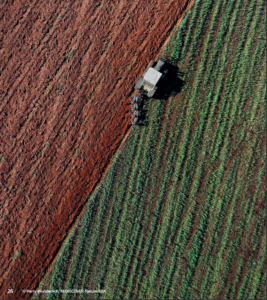 While water covers more than 70% of the earth’s surfaces, 96% of that water is salt water in oceans and only 3.5% is freshwater in lakes, groundwater and rivers. Despite wide-spread regulation that has helped to clean up our water resources, like our air, there are challenges that remain.  Less than half of surface waters in Europe are classified as good or high ecological state, and sea water continues to be degraded by synthetic chemicals and heavy metals and eutrophication from farming.  About 75-96% of areas in Europe’s seas have contamination problems. 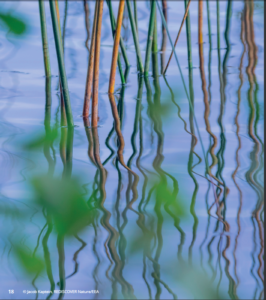 Any water pollution is exacerbated by the growth in population that depends on the water, and the development of intensified agriculture that requires large volumes of water.  As a result, supply of water is becoming as critical as the quality of that water, especially because of stresses on supply from climate change.

While legislation and regulation have been powerful tools in fighting pollution in the past, there are other modern forms of technology that can help preserve the gains that have been made through regulation.  One powerful tool is citizen science where “ordinary” citizens monitor waste and litter, count species of butterflies and birds, and help with low-cost air quality sensors.  Drones of course have become most useful tools for enforcement, cost-effectively documenting violations from the air or underwater.  Satellite observations and even mobile phones are capable of providing real-time data about polluting sources.  And of course artificial intelligence is only beginning to open up new possibilities for environmental monitoring and analysis.

Previous articleA Report on Climate Risks to U. S. Financial Systems: A Wake-Up Call for Regulators Next articleWhat Does the Road Ahead Look Like for Electric Cars? Well posted