More eCars Does Not Equate to Reduced Carbon Emissions: Why Not?

The challenge is clear enough.  Carbon emissions from transport, especially from cars, represent the largest source of carbon emissions in the UK.  The policies and strategies of the UK are directed at this issue, with a commitment to net zero greenhouse gas (GHG) emissions by 2050.  That goal idepends on shifting the sale of cars from petrol and diesel vehicles to ultra-low emission vehicles (ULEV), which use low-carbon technologies and emit less than 75g of CO2 per km travelled.  From 2035 only zero-emission cars (powered by batteries or hydrogen) can be sold in the UK.  This wider strategy has been in place since 2011.

Of course this strategy requires a significant expansion of charging stations throughout the UK.

In support of the ULEV strategy, the percentage of ULEV sales was projected to be between 3% and 7% of all new car sales by 2020. That target was surpassed as 8% of all new car sales in 2020 were for ULEVs. Half of these eULEVs were bought by companies.Yet, as of September 2020, there were a total of 32.9 million cars registered in the UK, and only 1.1% were ULEVs.   Just how the UK is going to get to 100% ULEVs by 2050 remains a mystery.

A recent study by the independent Comptroller and Auditor General, National Audit Office, for the House of Commons, provides some clues to the mystery.  The findings indicate that the percentage of new sales for ULEVs is less helpful in understanding the problem than the level of reduction of carbon emissions from passenger cars.  It found that since 2011 there has been a reduction of only 1% in carbon emissions from passenger cars, which is much smaller than the expected reduction, in light of the higher than expected sales of ULEVs.  Sales do not translate into emission reductions.

On the emissions level, the findings are not encouraging.  The average emissions of new cars fell each year from 2011 through 2016, for a total reduction of 13% over this period.  However, from 2016 through 2019 emissions have risen by 6%.

The Audit study determined that the reason for the slow decline of emissions, in contrast to the growth in sales, is because of three conditions.  First, there has been a rise in the sale of sports utility vehicles (SUVs).  In 2008 sales of SUVs were 6% of new cars, while by 2019 they were 25%.  SUVs are heavier than standard cars and emit more carbon.

Second, there has been increased road traffic and travel by car.  In 2017 there were 808 billion passenger kilometres, including 83% by car, van or taxi and 17% by rail, buses and coaches and other.  This is the highest volume ever recorded for kilometres travelled.

Third, there are revised methods for more accurately estimating carbon emissions, based on the discrepancies in estimating in laboratory conditions and actual road conditions.  The newer methods report higher emissions for cars.  For example, a new methodology in April 2020 increased emissions for petrol, diesel and hybrid cars by 20% compared to previous methods. 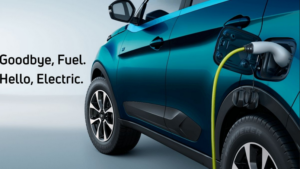 An additional complication in shifting to ULEVs is that the average life span of a car is currently about 14.5 years.  That span has increased with the advances in technologies in all cars and so it can take a long period to transform the composition of car fleets.

The high costs of zero-emissions cars continue to suppress sales as even with government grant the difference can be about £13,000, and those differntials have not reduced between 2011 and 2020.

On a more positive note, by March 2020 government investment has produced the installation of 133,336 home charging points; 8,578 workplace points, and 690 on-street points.  In 2011, there were only 1,000 charging points.  Of course, adding charging points at work and at home are easier that adding points on public roads (with associated parking spaces).

Selling more eCars, and reducing car emissions will require a more coordinated strategy beyond pushing for more sales of ULEVs.  Certainly a decarbonized electric grid is fundamental.  Building wider accessibility to charging points, especially in public areas, is critical.  Manufacturers making more and varied eCars at cheaper cost will help. A government strategy with periodic milestones is necessary.  And discouraging sales of SUVs and reducing travelling kilometres by cars, by substituting rail, buses, cycling and walking are good starting points.