Exhausted from reading or hearing about coronavirus, BoJo and Trump

Try the daily news on climate change to feel better?

We update the News section of our magazine, irish environment, once a week, usually on Mondays. The sources are usually Irish and British news sources, plus occasional items from US, EU and more far flung sources. It is most helpful for us to cover the news as it keeps us up to date on what is happening with regard to environmental matters on the island of Ireland, as well as in the UK and EU, and elsewhere. It also provides leads on stories, issues and studies that we then report on in fuller detail.

While the coronavirus has spread and Trump and Boris Johnson (BoJo) have thickened, news about climate issues has receded. We thought it was time to push back on the other depressing news and take a look at what has been reported just this past week on climate issues. These are the kind of developments that await us when we get out from under both the virus and the Trump-BoJo distraction.

On the bad news side, we learn that the earth has lost 28 trillion tons of ice since 1994. The analysis was based on satellite surveys of the planet’s poles, mountains and glaciers and the scientists described the loss as “staggering.” As a result the sea level rise could reach a meter (3 feet) by the end of this century. Studies indicate that for every centimeter of sea level rise about a million people will be displaced from low-lying lands. And, to make matters worse, with the loss of such volumes of ice, replaced by darker seas, the earth is less able to reflect solar heat back into space so the loss will intensify the warming of the planet. The report indicates that there is little doubt the loss of ice is due to climate warming. 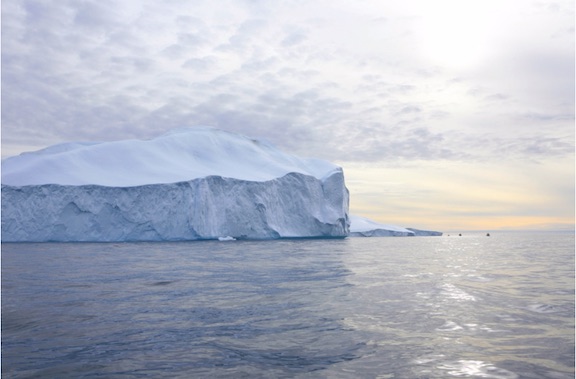 That warming is scarily reflected in the aptly named Death Valley National Park, California, where a record high temperature 129.9°F (54.4°C) was recorded on Sunday 16 August 2020. According to the World Meteorological Organization (WMO) that would be the third-highest temperature ever and highest this century. During this summer we have also noted that the Arctic experienced its first 100°F on record and the Siberian town of Verkhoyansk hit 100.4F (38C). As well, July 2020 was the hottest single month in more than a century of recordkeeping at such far-flung US locations as Phoenix; Miami; and Portland, Maine. 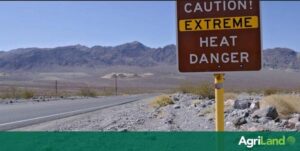 So while we have been studiously avoiding the virus, and with any luck Trump and BoJo, the climate marches on and hotter.

Some good news is unfolding in the fight against fossil fuel interests. A major Australian insurance company, Suncorp, has announced that it will end any financing or insuring of the oil and gas industry by 2025. Suncorp already has banned support for new thermal coal projects. The step is important, in part, because it includes pulling back from covering or investing in gas projects, which are often touted as the bridge fuel to a renewable energy future. It is also noteworthy because the Australian government is considering focusing on development of gas resources as a way out of the economic hole dug by the pandemic.

Also this week we find that a Nordic hedge fund worth more than $90bn (£68.6bn) has dumped its stocks in some of the world’s biggest oil companies and miners responsible for lobbying against climate action. Storebrand divested from miner Rio Tinto as well as oil giants Exxon Mobil and Chevron as part of a new policy targeting companies that use their political clout to block green policies. For example, it has been reported that ExxonMobil lobbyists met key EU commission officials in an attempt to water down the EU Green Deal in the weeks before it was agreed.

A recent article documents how the gas industry is following the dishonorable history of the tobacco, oil and coal industries in blocking legislative and legal efforts to fight climate breakdown. The subtitle of the article is: “In a nationwide blitz, gas companies and their allies fight climate efforts that they consider an existential threat to their business.” Of course the real “existential threat” is climate breakdown, in growing part because of the use of the fossil fuel, gas. The article details efforts by the gas industry to defeat a city ban in progressive Seattle. The ban was based on the fact that gas is a prime source for heating and cooking in buildings, which constitutes 1/3 of the city’s climate footprint.

A core argument being pushed by the gas industry is that gas produces less carbon dioxide than other fossil fuels and therefore can serve as a so-called “bridge fuel” toward renewable sources of energy. In other words it is the lesser of other evils. Yet gas is also a major contributor of methane, a more potent greenhouse gas than carbon dioxide, through the extraction and transportation of natural gas.

Countering the gas industry regressive practices, there are those pointing out such arguments must be rejected in any economic fix to the coronavirus crisis. The opening of the article by Jonathan Porritt says it best:

Trillions of dollars will be invested by governments in reviving their economies over the next two or three years. If those dollars are well spent, ensuring low-carbon, nature-restoring prosperity, we have a real chance of avoiding runaway climate change and ecosystem collapse. If they’re spent on taking us back to pre-coronavirus days, we’re screwed. The climate’s screwed. The planet’s screwed. And all future generations are screwed. It’s as simple – and as binary – as that.

Porritt points out, for example, that the UK chancellor ought to plan on using £27bn not for unneeded roads (people and companies are planning on working at home to avoid commutes) but for public transport, cycling lanes and pedestrian facilities. Or, for another example, isn’t it time to actually commit resources to retrofitting homes, with all the jobs that go with such a program.

If any lesson is to be learned from the virus crisis it is not that we reduced our GHG emissions during the crisis, or that our air and water have not been so clean in a very long time, or that birds and animals not seen in a very long time came back to visit. These are only short-lived, albeit most pleasurable. The real lesson is that we are vulnerable to global catastrophes and that we can survive and work our ways out of them only if we rely on sound science and reasoned, thoughtful political analysis, not on autocrats and narcissists, or self-serving industrial interests.

Robin McKie, “Earth has lost 28 trillion tonnes of ice in less than 30 years: ‘Stunned’ scientists say there is little doubt global heating is to blame for the loss,” The Guardian (23 August 2020). bit.ly/31pDMhL

Bob Henson, “We may have just seen the world’s highest recorded temperature ever. Has that sunk in?” The Guardian (19 August 2020).

Jonathan Porritt, “We must not miss this glorious chance to address the climate and biodiversity crises,” The Guardian (24 June 2020). bit.ly/3gxb9np via @guardian