The question before the Irish Supreme Court was whether the government failed, as a matter of law, to fulfill its obligations to address actions necessary to mitigate climate breakdown in its National Mitigation Plan (NMP or Plan).

The Supreme Court’s answer was, Yes, it did fail.  And the analysis to get to that simple answer was quite straight forward.

Friends of the Irish Environment had won the right to take an appeal, without going through the Court of Appeals, on the High Court decision that the government did enough to address climate change.

The Supreme Court closely examined the national Climate Action and Low Carbon Development Act (2015) and determined that it required that the government specify what actions were necessary to reduce greenhouse gases (GHGs) by 2050.

Then the Court examined the National Mitigation Plan that was required by the Climate Act of 2015 to establish the necessary actions.  What the Court found was a void, an empty vessel.  There was nothing in the Plan that approximated specific actions. It was all vagueness.

And that was not, legally, enough.

So the Plan was quashed and a new Plan with concrete, specific steps will have to be drawn up by the new government, which now includes the Green Party that has lots of specific ideas and policies to satisfy the requirements of the Climate Act of 2015.  Of course the environmental community, the Citizens Assembly, the Oireachtas Joint Committee on Climate Action, and the Climate Change Advisory Council have been advancing ideas and policies for a number of years.  It’s just that the government did not bother to listen to this wide public discourse.  If the government refused to listen to the public, who was it listening to?   What interest groups caught the ear of the government?

The basic legal takeaway from the Supreme Court decision is that vagueness can be illegal.  In the context of climate breakdown, the decision is historic.  No longer can the government try to excuse itself by saying, off-hand, it can be a laggard at times.  More, much more, is now required. 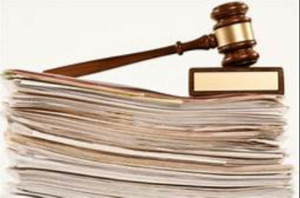 But there are also some interesting questions arising from possible wider implications of the decision.

The first two sentences of the decision announce a sea change for any discussion about climate change in Ireland, and arguably can be applicable to other areas of environmental law, such as biodiversity.

The Court announces that: “Climate change is undoubtedly one of the greatest challenges facing all states.” (Emphasis added)  And then adds that, “Ireland is no different [from all those other states].”

The Court lays out the facts that it finds to be relevant and established by the evidence, and that serve as the basis for applying the law.  See Section 3, “A Brief Overview of the Science.”  These factual findings include “the current scientific understanding of climate change itself…”.  At 3.1.  Beside the basics about how real climate change is, how dangerous it is, and how pressing it is, the Court acknowledges the reality of tipping points and the need to reach net negative carbon dioxide emissions at some point during this century.

While in most cases a court’s factual findings are applicable only to the case before it, as disputes and conflicts differ in their predicate facts, i.e., the facts to which the law is applied.  But in the climate case, it is an interesting notion that the Supreme Court’s finding of facts should be dispositive with regard to any claims that climate change is not real or is not of the most serious import.  Is any further litigation on climate change bound by these findings of fact, so that a litigant need not introduce evidence (through live testimony or affidavit of experts) on the realities of climate change?  Could the next litigant simply recite the Court’s findings of facts in this climate case?  If there were a subsequent case revolving on climate change, should any litigant be allowed to argue that climate change is not real or serious?  Of course all these notions assume there is no significant change in the science supporting the facts on climate change.

Even if these findings of fact do not carry any weight in other litigation, they should weigh heavily in any public discourse on climate change.  For instance, how could RTE or any other media entertain persons or reports or opinions that contradict the Court findings.  Hasn’t climate denialism in Ireland suffered a mortal blow.

And the argument that Ireland is different because it is a small nation or without resources to affect global climate is now also badly wounded by the second sentence of the decision:  “Ireland is no different.”

A final implication of the Court’s decision is found in its analysis of what constitutes specificity.  The Court held that

“the level of specificity required of a compliant plan is that it is sufficient to allow a reasonable and interested member of the public to know how the government of the day intends to meet the NTO [National Transitional Objective]so as, in turn, to allow such members of the public as may be interested to act in whatever way, political or otherwise, that they consider appropriate in the light of that policy.”  At 44.    On one level, this is an extraordinary, and enlightened, standard.  The Court finds the public to be a trustworthy source for judging whether the government is telling them what they need to know in order to take informed decisions about the matter at hand.  That is a welcome sense of participatory democracy, and so much more welcoming than smoke-filled, backroom politics.

A Tipping Point on Climate Change in Ireland? in Reports section of www.irishenvironment.com (1 January 2018).