Natural gas as a “transitional” fuel?

Only in the gas industry’s dreams

If we magically shut off all natural gas the question arises as to whether we could maintain current levels of energy to heat homes, power electricity, and support some industrial processes.  The natural gas industry argues heatedly that we cannot. They say that natural gas is a necessary, even critical, transition fuel to be relied upon until renewable energy sources develop enough capacity and deliverability to supply our needs.  In effect, it serves as a bridge to a full renewable energy world.

Such an argument indicates that fossil fuel industries know that in the long run that their financial viability is quite shaky, as it may be simply a matter of how long it takes for renewables to replace the fossils.  Nevertheless, in the meantime, the gas industry hopes that they can delay the inevitable for decades to squeeze out what profits they can.  Claiming to be a transitional fuel represents that lifeline.

Julian Popov, in Euractiv, points out that this argument about gas being a transitional fuel does not hold water.   As he notes, “if we look at countries that significantly reduced coal in power generation, we will see that coal is not replaced by gas and doesn’t behave as a transitional fuel. Countries reduce coal, but gas consumption does not increase but instead stays the same or even declines.”  For example, in the UK coal generation peaked at 40% in 2012 and today coal generates less than 3% of British electricity.  It is also being phased out entirely.  Yet in the last two decades, gas demand has remained flat and both gas and nuclear are in relative decline over the previous five years.  In Germany, over the last decade coal generation declined by 44% and nuclear by 49% but natural gas increased by only 13%.   Yet lights and heat remained on in German 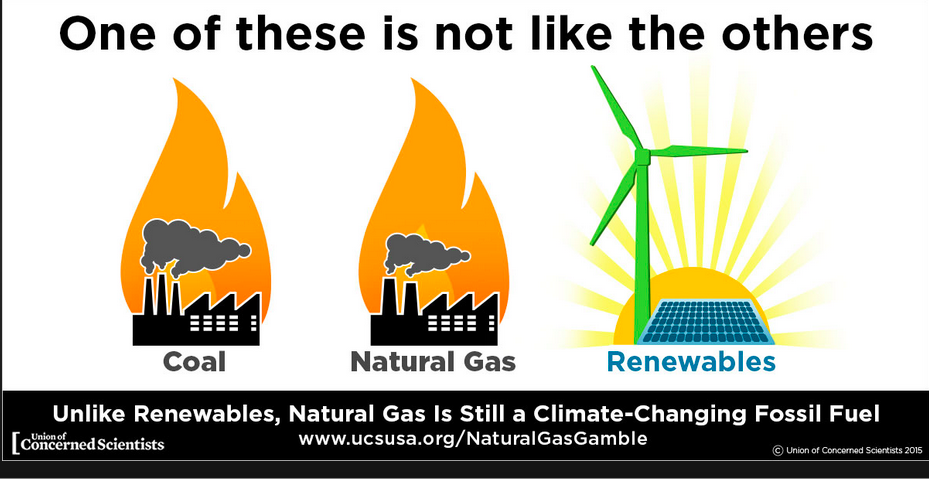 Moreover, these developments were happening when natural gas prices were low and the costs of renewables were high.  Now we see a dramatic lowering in the cost of renewables and significant rising prices in gas. Under such circumstances the chance of natural gas serving as a transitional fuel is more fantasy than fact.

Popov says that “The reality is that gas does not replace coal. So far, coal has been replaced primarily by renewables and energy efficiency in power generation.”   He also notes how in buildings, another sector where natural gas has been widely relied on, gas is being replaced by heat pumps, efficient insulation and renewables, including hydrogen.  In transport, battery-operated vehicles are steadily winning the race for passenger cars.

While natural gas continues to have some limited value, Popov argues that it is not as a “transitional fuel” but as a “fuel of last resort” that might fill an occasional gap in energy supply.  Yet other technologies are more helpful, and less harmful in filling any occasional gap.  Those options include batteries, market integration, cross-border grid connectivity, digitalisation of the energy system, and others.

Finally, Popov points out that calling gas a transitional fuel is basically a PR slogan of the industry.  But language matters.  That slogan is dangerous as it is being used to push for gas as a “transitional activity,” along with nuclear, under the EU sustainable finance Taxonomy being finalized at the moment.  See Sources on Taxonomy below.

Julian Popov, “Natural Gas is not a transitional fuel, so let’s stop saying it is,” Euractiv (6 Dec 2021). bit.ly/3HsRJxP

T&E, “That inedible dish called the EU Taxonomy” in the Commentary section of the January 2022 issue of www.irishenvironment.com

“EU Sustainable Finance Taxonomy” in ieBLOG section of the January 2022 issue of www.irishenvironment.com