Still going strong with a few new twists, including attacks on eNGOs like An Taisce and Friends of the Irish Environment

In the fall of 1990, the Irish government, under Taoiseach Charles Hughey, was advancing the establishment of an Environmental Protection Agency (EPA).  State Papers from that period, recently released, identify the opposition’s arguments and the key opponents of the EPA.

The Department of Finance objected strongly to the proposed staffing of 133 and to an annual budget of £7 million.  No surprise there.  That’s what Finance does.

What is surprising is the vehemence of the opposition by Dermot Nally, “a long-serving secretary general of the Department of An Taoiseach.”  One doesn’t have to know anything about Nally, personally or professionally, to appreciate that such a position usually carried a lot of weight in any government.  And his obituary noted that he “was one of the most influential Irish civil servants of the last century, acting as secretary to the government from 1980 to 1993.”  Moreover, “Dermot Nally’s proudest achievement in the public service was his role in the negotiations with British counterpart Sir Robert Armstrong and the British and Irish teams on the Anglo-Irish Agreement.” That critical agreement was concluded in 1985, so when the government was considering the establishment of an EPA in the late 1980s, Nally was likely at the peak of his influence.

And that influence came crashing down on the notion of an EPA.  “In an unusual intervention by a civil servant, Nally wrote a strongly worded letter to Haughey – only days before the government decision – in which he described the EPA Bill as “objectionable.”  His opposition was more forceful.

In the letter, Nally wrote that EPA would act as a disincentive to industry to locate in Ireland, and that

Environmental protection is a worthy objective. If, however, it is allowed to become obsessional, then development will stop: and we can forget about more employment since the factories and firms and services which give that employment will not set up or expand – for ‘environmental’ reasons’…

For Nally “development is the priority, not the environment, however important that may be.”

Finally, he suggests that “We seem to be trying to create here what Eastern Europe is trying so hard to escape from,” arguably associating the EPA with the spectre of socialism or communism or authoritarianism or something besides capitalism. 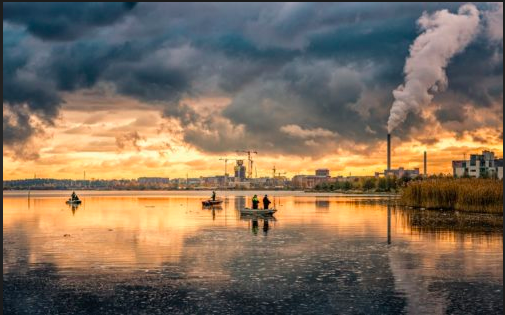 Fortunately, Haughey as well as Padraig Flynn and Mary Harney, pushed through the legislation and we got the EPA in 1992-93.  But the state papers indicate that Haughey did take on some of Nally’s objections, and the EPA was born without much in the way of enforcement powers.

The Nally memo certainly reflects an antagonism to environmental regulation in the 1980s -1990s, and that undercurrent has remained in effect since then.

Over the past several decades the socio-politico tide has turned in favor of climate action and environmental protection in general, and  over the past 5-10 years EPA has become more proactive in questioning the government’s laggard climate policies and even raising questions about aspects of agriculture policy and practice.  But the anti-regulation sentiments and actions seem to surface and intensify when the environmental movement gets stronger.

It is highly unlikely now that anyone in government would talk openly about environmental regulation as Nanny did, but the opposition remains.  John Vidal reports on current efforts to undermine the UK regulation of pollution.  Last year there were tens of thousands of complaints to the Environment Agency (EA) about rivers polluted with human waste and chemicals, with fish killed, and with factories continuing to spew out dangerous fumes, with dirty, dangerous air and nature trashed.  In response the Agency with the responsibility to protect these natural resources ordered its staff to ignore all but the most obvious, high-profile incidents.  As a result Agency staff investigated only 8,000 of the 116,000 pollution incidents.  Only a handful of polluting companies were taken to court.

The line of attack on regulation is now through budgetting.  Recent leaked documents from the EA reveal how over the past 10 years the EA budget has been slashed and staff subjected to massive reductions.  According to a watchdog group, Unchecked UK, between 2011 and 2016, EA’s protection budget fell by 62% and staff were cut by a quarter; prosecutions fell by 28%; pollution incidents logged dropped by 29%; and water sampling was reduced by 28%.

In Ireland, the attack has taken a personal turn.  Instead of attacking the regulations or the budget, the regulated companies and sectors are attacking the messengers – those who are proactive in legal advocacy, particularly An Taisce and Friends of the Irish Environment.  It has gotten so obvious that at a recent conference in Dublin, Aurel Ciobanu-Dordea, who oversees governance, enforcement action and compliance on EU environmental legislation, stressed the EU concern for “the increasingly aggressive stance being taken against environmental campaigners in Ireland.”  He noted that, “There is evidence not only of increased use of Slapp [Strategic lawsuit against public participation] suits, but also negative reporting in mainstream media, and even from politicians – like threatening to cut off funding to certain NGOs.”

The attacks seem triggered by the power of the voices behind the rise in climate and environmental actions in Ireland over the past several decades.  Those voices belong to the Irish environmental Non-Government Organisations (eNGOs), the activists in the Environmental Pillar, the people in the Citizens’ Assembly, the Climate Change Advisory Council, the Joint Oireachtas Committee on Climate Action, and the Green Party.

Those who would attempt to stifle these voices need to be watched and identified and opposed.

Obituary, “Most influential of Irish civil servants who had ‘exceptional talents’,” The Irish Times (2 January 2010).  bit.ly/3G8mqHg

The Myth of the Costs of Environmental Regulation on Businesses in ieBLOG section of www.irishenvironment.com (February 2015) bit.ly/3AAYFGI

Previous articleNatural gas as a “transitional” fuel? Next articleChecking on your drafty window or door from space