The Writing on the Climate Wall

Businesses and industries can read it

A recent virtual Open Newsroom discussion, sponsored by thejournal.ie, was held on “The climate crisis and COP26.”  Hosted by Christine Bohan, it featured enviro journalists John Gibbons (think_or_swim) and Niall Sargent (Noteworthy.ie), and Lauren Boland and Orla Dwyer of The Journal.  The focus was on an assessment of the current status of climate and biodiversity actions and the expectations of what may or may not happen at the UN COP26 talks in Glasgow in early November.

Comparisons were made to the results of the Copenhagen (2009) and Paris COPs (2015), the former generally recognized as a failure and the later offering more promise, as yet unmet.   Several were encouraged by the increased  focus on biodiversity, and its critical interplay with climate breakdown.  Positive signs were seen in more actions being taken on climate actions since Paris, including in Ireland; the development of concrete solutions for aspects of climate problems; a more informed public, again notable in Ireland; growing data on the costs of actions and inaction; and the climate youth movement.  There was general agreement on a “cautious optimism” for the COP26 talks.

We suggest there is another force at work that receives little attention, or any credit, but which is becoming more helpful in dealing with climate breakdown.  As surprising as it sounds, the credit goes to the business/industry community.

Many companies, and their reactionary political supporters, continue to resist efforts to switch to renewable energy and other sustainable climate actions.  Much time and effort is spent trying to convince these reactionaries to mend their ways and go green, but there are large economic benefits accruing to the old carbon-rich ways.  The entrenched resistance of the fossil fuel interests is a constant reminder.

But many companies are reading the writing on the climate wall:  almost every credible scientist (now up to 99%) and reliable study demonstrates the reality of climate breakdown, resulting from GHG emissions, especially from the burning of fossil fuels. And all the experts agree that the only way forward must rely on turning away from fossil fuels and toward renewable energy sources and sustainable practices. 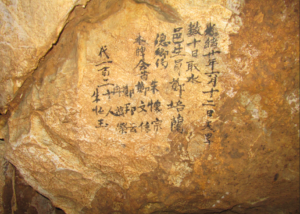 These messages have been burned into the consciousness of all of us by the increasing number and severity of extreme weather events over the past several decades.  And these extreme weather events support the recent IPCC special reports in October 2018 and August 2021(Code Red), and the shifts in public awareness in Ireland as reflected by the Citizens’ Assembly, the growing proactive work of the Climate Advisory Council and EPA, the Oireachtas Joint on Climate Action, and the new Climate Bill that is beginning to unfold.   Recent US studies by military and intelligence agencies warn of increased conflicts within and between nations, increased dislocation and migration of millions, and heightened military tension as a result of climate breakdown.

No wonder businesses and industries increasingly understand what is happening with the climate.  Like it or not the world has changed and will change even more and faster, and there is no going back. If they want to survive and prosper, they have to build and operate for a world run by renewable energy and sustainable practices.  It is in their own best interest.  And ours.

In a recent interview in The Guardian, Jane Goodall acknowledges the implications of this quickly forming consensus.  She points out that companies will continue to grow more supportive of climate action because a more sustainable ethic is “creeping in” and younger people (the future consumers) are ”growing up with a different understanding.”  And there is the writing on the wall.  She gives the example of the soft drink manufacturers who contribute to water shortages. As she notes, “If they go on using water the way they are using water, they won’t be able to make their drinks anymore. So they have to find methods which are more saving.”

Hoping that such a development continues, what do we do to make use of it.

First, don’t get bent out of shape when some regressive business or industry fights back.  Look around for those who have joined the consensus, form alliances with them, and work with them.  We have the example of local governments stepping in and assuming the lead for climate actions when national or regional governments fail to do so.

Second, even if the UN COP talks deliver less than we could hope for, trust that as long as the people at large continue to demand more proactive climate actions, businesses will pay attention and plan their own future to survive in a renewable energy world.

But we’re not delusional about any fundamental transformation of how business is conducted across the globe.  While we argue that certain changes are inevitable, that only means they are “certain to happen; unavoidable.”   But it is not clear just when they will happen.  And with climate breakdown things can turn deadly quickly.

So keep highlighting the writing on the climate wall and work with those who can read, and continue to push against the climate illiterate.

Dominic Rushe, ‘Reading the writing on the wall’: why Wall Street is acting on the climate crisis: The industry has backed polluters for decades. Now, amid growing pressure, Wall Street says it’s going green,” The Guardian (16 March 2021).  bit.ly/3G7ZMA3

Emine Saner, “Jane Goodall on fires, floods, frugality and the good fight: ‘People have to change from within’,” The Guardian (20 Oct 2021).  bit.ly/3aTjIs7

See, also, Andrew Phillips and Charles Seaford, “The Climate Consensus. The Public’s Views on How to Cut Emissions: Results from the Climate Calculator,” DEMOS in the Commentary section of the current (November 2021) issue of www.irishenvironment.com