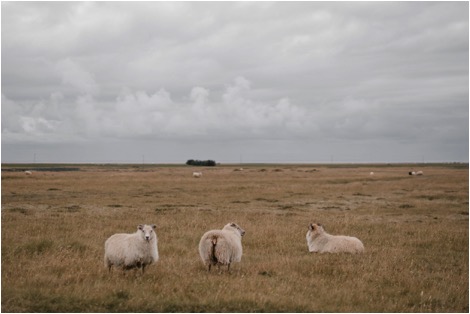 Of the many coinages that the pandemic has introduced to the English lexicon, zoombombing is among the most vivid. For a few weeks in March and April, the internet was rife with footage of masked villains intruding on remote classes and business meetings. However, the term took on a new meaning in a May 21 Zoom Webinar hosted by Stop Climate Chaos (SCC). As Ailbhe Gerrard of Brookfield Farm gave her presentation, the audience was treated to the insistent wails of a Tipperary sheep, broadcasting its bleats across Ireland and as far afield as North America.

The webinar also brought together several incisive (human) voices. In addition to Ms. Gerrard and the moderator, Aine O’Gorman, it featured Sadhbh O’Neill, Policy Advisor at SCC, and Oonagh Duggan, Assistant Head of Policy and Advocacy at Birdwatch Ireland. In a wide-ranging discussion, they addressed such topics as agricultural emissions, farmland biodiversity, and ecosystem services. Ms. O’Neill began with an overview of Ireland’s agricultural emissions and possible strategies to reduce them. As she noted, agricultural emissions have been increasing in step with production and exports and now make up a third of Ireland’s total greenhouse gas (GHG) emissions. Two of the factors behind this increase have been increasing livestock numbers, particularly in the dairy sector, and rising methane emissions following the abolition of EU milk quotas in 2015. In the absence of restrictions on animal numbers or nitrogen use, nitrogen fertilizer imports rose by 38% from 2011 to 2018 and milk production has increased in parallel. Taken together, these trends have hampered Ireland’s efforts to meet its obligations under the Paris Accord.

It is now up to Ireland’s new governing coalition to address them. The forthcoming government seems an unlikely vehicle for far-reaching environmental reforms, but its recently released Programme for Government offers real promise. The Greens will hold two key posts relevant to agricultural emissions: Eamon Ryan will serve as Minister for Climate Action, Communication Networks and Transport, and Pippa Hackett will be Super Junior Minister in Agriculture with responsibility for Land Use and Biodiversity. The Department of Rural Affairs is slated for abolition, but it is still unclear what entity will succeed it.

The Programme commits the government to a robust framework to meet its goal of net zero emissions by 2050. It seeks to achieve this through 7% average annual cuts in GHG emissions–just below the recommendations of the United Nations Environment Programme as the minimum required to hold warming below 1.5 degrees. It also proposes to introduce a new climate change amendment bill to the Dáil within 100 days.

The Programme’s agricultural initiatives, if carried out earnestly, would be a vast improvement over current policy. They identify reform of the CAP as a top priority and commit the government to seeking rewards for farmers for sequestering carbon, restoring biodiversity, and performing other ecosystem services. The Programme is light on green provisions for the beef industry, but it envisions strategic investment to encourage “efficiency and sustainability” in the dairy sector, coupled with investment in renewable energy on farms. In addition, the Programme commits the government to rewetting bogs, expanding marine protected areas, and undertaking afforestation on public lands. The plan sets the first ever targets for methane reductions, though it stipulates that agriculture cannot be undermined in the process. In this vein, the Programme states the government’s intention to improve compliance with Teagasc recommendations for low emissions cultivation, a tacit recognition that these standards have often been ignored. It also lays out an “incremental and ambitious” reduction in organic nitrogen fertilizer use through 2030. 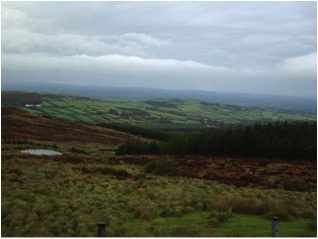 All of these initiatives would be welcome improvements upon current practice. Unfortunately, the Programme’s section on agriculture is consistently vague and makes few explicit promises. It lacks concrete provisions to reverse the increase in methane and nitrous oxide emissions within the sector and makes no commitment to move away from agricultural intensification. If Ireland is to remain on course for carbon neutrality, it will have to cut agricultural emissions by at least 25% by 2030, and the lower this reduction the heavier the burden on other sectors will be.

The Programme states that the government will publish a roadmap with “specific targets and actions” on each of its proposed initiatives within the first 100 days of Government. At this stage, some fuzziness is to be expected, and the lack of concrete measures is no reason to dismiss the Programme offhand. However, advocates of a forward-looking environmental policy will have to remain vigilant and ensure that the new coalition sharpens its commitments in the coming months. Green TDs will undoubtedly bring pressure to bear, but tensions are sure to arise with its two partners. 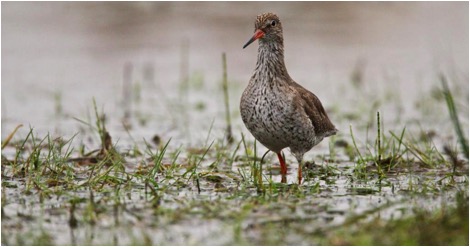 Ireland’s shift toward a greener agenda runs counter to a disturbing trend taking form in many other countries, where the pandemic threatens to sideline environmental concerns. Examples abound within the EU, from the Czech Prime Minister’s call for the EU’s Green Deal to be abandoned to Poland’s advocacy for dismantling the Emissions Trading Scheme. The backlash against emissions cuts is of particular concern as governments deploy stimulus to support industries as they see fit. Ireland has a chance to buck this trend and pursue a just, ecological transition.

The Greens achieved an impressive mandate in the last election, quadrupling their seats to twelve, but even before the pandemic, housing and health took precedence over climate change among voters. Furthermore, the latest Irish Times/Ipsos MRBI poll shows that climate change is the top priority for only a small minority of voters. Among respondents, “rebuilding the economy” garnered 36%, followed by “protecting Ireland from Covid-19” at 20%.  Only 8% selected “tackling climate change” as their number one priority.

However, a majority of citizens support action to combat climate change, even if it is not number one. In a May poll commissioned by Friends of the Earth, 71% of respondents said the next government will be failing the people of Ireland if they do not act immediately to address climate change. The poll was conducted by Opinions Market Research on a nationally representative quota sample of 1021 people, with a margin of error of +/- 3.1%. Its results are broadly consistent with other polls, which tend to show that a robust majority of Irish citizens view climate change as a serious issue, if not their top concern.

These figures highlight the importance of framing the fight against climate change and environmental degradation in the context of other issues, such as public health and sustainable economic development. In this regard, the new coalition has great potential. Its three parties, with their divergent priorities, can cover each other’s blind spots and, by emphasizing the intersections of environment, economy, and public health,  treat climate change not as a fringe issue, but as a crisis with bearing upon all the problems that voters want solved.

Previous article“Uber pollutes more than the cars it replaces - US scientists” Next articleJames FitzGerald, “Wings over Ireland”