Defending Those Who Defend the Environment

Those who protect, or defend, the environment often are at risk of repression and violence from those who want to use and abuse the environment.  Besides campaigns to politically oppose and marginalise the “defenders,” the reactions can include physical violence and murder.

Many “environmental defenders” engage in their activities through sheer necessity, and the term includes: “Indigenous people, peasants, fisherfolks, environmental activists, social movements, journalists, or any other people concerned over adverse corporate or state-driven resource uses and related environmental change.”  At 3.

The study is academic, and not an easy read of the rest of us lay readers, but it is an admirable tribute to the defenders, and it offers direct understanding of how such defenders can be helped in their struggles.

The study grows out of the body of political ecology research that started in the 1970s and 1980s.  Prior to that most research viewed environmental conflicts as driven by too high a demand or too low a supply of natural resources (e.g., water, oil).  Scarcity was often the driving force creating the conflict.

In political ecology, scarcity or abundance of resources are  seen not as natural shifts but as social constructs.  The transformation of a piece of “nature” into a “resource” is “a historical process of social construction, which is related to  human desires, needs and practices and the conditions, means and forces of production.”   In this analysis, the important questions revolve around who has the power to control and allocate environmental benefits and burdens, or the environmental “goods” (clean water, air, access to fertile land) and the “bads” (exposure to pollution, risk to health).  Think of who makes money from oil and who suffers from its environmental harm.

The social construction analysis reveals an unfair distribution of the goods and the bads, and the environmental justice movement is out to correct this distribution.  No wonder there is violence and mayhem unleashed on the defenders.

In this study, the political ecologic framework is applied to an important set of data on environmental conflicts, the EJAtlas, which includes 2473 recent, visible and documented cases (2011-2019).  The strengths and weaknesses of the databases are covered in the report.  The study then focuses on where these conflicts occur, how the defenders mobilized for environmental justice, and the positive and negative outcomes for the defenders.

Globally, the economic sectors most often at conflict with defenders are mining (21% of cases), fossil fuel energy (17%), biomass and land uses (15%), and water management, e.g. dams (14%).  Conflicts in extractive and agrarian sectors are responsible for the most assassinations of defenders (in 13% of global cases). 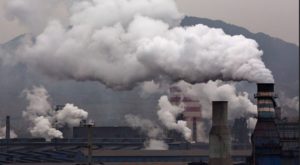 Notably, cases involving conservation zones and renewable energy infrastructures also lead to restrictions or loss of livelihoods or evictions, and can cause violence, including assassinations.  In this regard, the study notes that “This points to how initiatives relevant for environmental sustainability that do not address social justice concerns can lead to severe and violent conflict.”  At 5.  The finding certainly reinforces the need for Just Transitions in hotly disputed conflicts, including coal mining and turf cutting.

The study finds that environmental conflicts occur across all income groups, with the nature of the conflict varying according to economic development.  For example, in low-income countries 52% of conflicts are over biomass and land, and water management, whereas in high-income areas about 48% of conflicts center on waste management, tourism, nuclear power, industrial zones and other infrastructure projects. 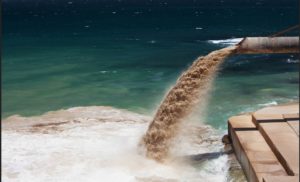 Yet there are commonalities of interest across income groups in protecting just and sustainable uses of natural resources.  As a result the study finds that: “The fact that such bottom-up mobilizations for socially and environmentally more benign forms of resource uses are widely documented in the EJAtlas, across large parts of the world and among all country income groups, testifies that various forms of grass roots environmentalism exist globally. This is a promising force for sustainability and just environmental futures.”  At 5.

The study focuses on environmental defenders who are members of local associations and social movements, neighbors and recreational users.  While the study acknowledges the work of large, regional or national NGOs, especially as important allies, the analysis concentrates on  grass-root groups, including indigenous people.  A significant number of the EJAtlas cases were brought by local organizations and neighbors.

These groups, in turn, are often composed of vulnerable segments of the population who are disproportionately threatened by development projects and resource exploitation.  For instance, indigenous people mobilized most frequently, in 41% of the cases, and women in 21%. 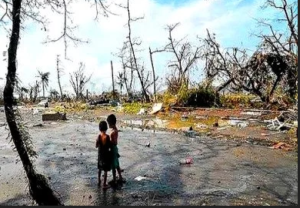 The vast majority of actions by defenders were non-violent, and took the form of formal petitions, public campaigns and street protests, with strikes and boycotts less often. The more disruptive actions, such as road blockades and occupation of lands were used only after other forms of mobilization were unsuccessful.  Direct violence, such as property damage or sabotage, occurred in only 3-7% of cases.

Lawsuits were relied upon in half of all cases, and objections to environmental impact assessments in 25% of case.

In contrast to the non-violent nature of defenders’ actions, the same cannot be said of those who oppose the defenders.  The study found that globally defenders face high rates of criminalization (20% of cases), physical violence (18%), and assassinations (13%), which significantly increase when Indigenous people are involved.

Incidences of killings, criminalization and physical violence all rise when Indigenous people are involved in mobilizations, not surprising since Indigenous populations have historically suffered from coloniality and racism.  Such disproportionate impact supports the efforts to recognize their territories and the right to self-determination as enshrined in the United Nations Declaration on the Rights of Indigenous peoples.

In terms of the types of mobilization, the study found that certain strategies were most relevant, including the timing of mobilization, the diversification of the protest, and when legal action was taken.  Mobilizations that occur before the project begins are the most successful strategies, usually about twice as successful when compared to opposition to projects that already have begun implementation or for reparation after projects have been completed.   The earlier the better is the message.  And the study found that being early depends on a clearer awareness of the risks and of the project, and access to knowledge, information and networking with key actors.

When defenders relied upon a broad range of protest actions, the success rate was twice as when few forms of protest were sued.  The tactical diversity allowed more people to participate, it reflected a range of skill sets within the protest movement, and it allowed the defenders to shift their focus when needed.

In 11% of cases globally, defenders helped to halt environmentally destructive and socially conflictive projects, defending the environment and livelihoods. And they found a significantly higher project cancellation rate of 26.7% in those cases where mobilizations were preventive, highly diverse and took strong legal action (lawsuits and formal EIA objections). 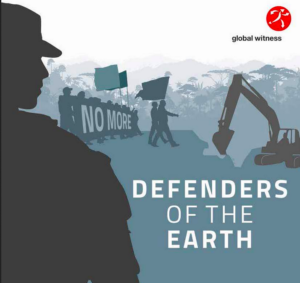 To promote further the basic strategies — preventive mobilizations, diversification of protest, and legal actions — that have proven successful, the study recommends that access to justice must be improved, including provision of free legal education, training, and aid, as well as monetary support to cover related expenses for defenders.  Networking and sharing of knowledge about successful mobilizations should be expanded.  Transparency in public administration must be established as early disclosure and knowledge about development plans, project bids and tenders are key to enable preventive mobilizations.

Previous articleReport on Destructive Nature of Fossil Fuel Subsidies in Ireland Next articleDangers from Particulate Matter in Small Towns in Ireland: Time to Ban Peat and Wood as well as Coal?